This is definitely a better use of the Shea parking lot instead of a mall. 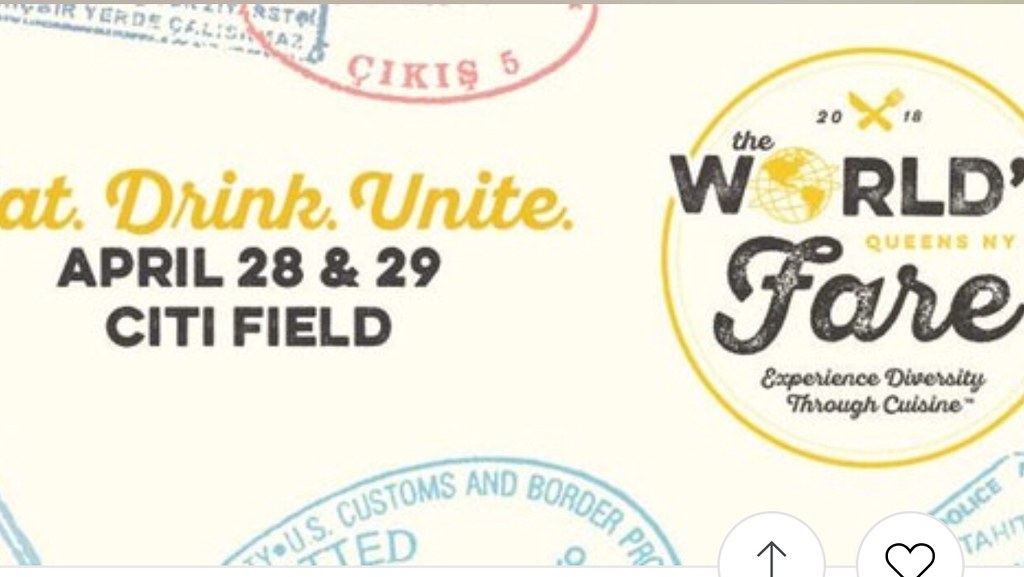 The World's Fare at CitiField is reimagining one of the most iconic fairs. Over 100 vendors will come together in New York City’s most diverse borough and unite through authentic food, drink and music curated by the city’s leading culinary advocates. The World’s Fare will be a grand celebration, advocating equality & diversity in the food industry, and promoting incredible male and female talent that make New York City’s food scene so unique.

The World’s Fare has formed a culinary committee co-chaired by renowned Danish chef Claus Meyer, American author, journalist and culinary historian Doctor Jessica B. Harris and Singapore based KF Seetoh who is the creator and curator of The World Street Food Congress. Meyer and Seetoh will champion and support chefs, restaurants, street food vendors and food businesses participating in the event.

A fantastic team of the City’s leading culinary voices have signed on to curate the diverse food offerings at The World’s Fare lead by:

One dollar of every ticket sold will go to The Melting Pot Foundation USA, which operates a community culinary center based in Brownsville, Brooklyn.

CitiField is centrally located in New York City, near the 7 line and a short distance from Flushing Meadows-Corona Park. The location is intended to bring back memories of the World’s Fairs of the past, by being in the shadow of the landmarks and structures that were built around them, including the Unisphere and the New York State Pavilion.

In addition to the food and drink offerings, throughout the weekend live music will be performed by bands representing about a dozen cultures as well as art installations including LEGO Art, 4 dimensional drawings, street art and painted scripture.

Chefs, restaurants and street food vendors representing as many as 100 cultures.
An expertly curated international beer garden will offer tastings of over 80 craft beers from about 45 breweries.
Scholarships to attend The World’s Fare, free of charge, for 4 food vendors selected by committee members and tastemakers.
Awards for best food determined by committee members and tastemakers.
Visitors’ choice award for top vendor determined by attendees.
Art, music and activities embracing and transcending many different cultures and age groups are an integral part of the festival.
The World’s Fare will be a family-friendly event running from 11am – 8pm on both days. Tickets are being sold for entry for access to vendors and activities as well as to the international beer garden in a separate, ticketed, over-21 area.