Some Mets Fans Lose Their Sh!t Last Night On Twitter

Mets fans losing their shit over nothing on twitter? You don't say.

Some folks started going nuts that The Mets having a "team" bonding exercise, hanging on a beach, sports fishing for sharks, and that Donald Trump Jr was there. Some were calling for Callaway to be fired over this. I was watching Nimmo's instagram story and it looks like to me that there wasn't just team members there. Was it a "chartered" group where there was a large group run by a shark fishing company? I can't so for sure if it was or wasn't. It kind of looks that way to me. They also seem to to be releasing the sharks back into the ocean. My biggest thing with this is sharks being taught that food is accessible at the beach. This then raises the mistaken identity shark attacks and people getting bit. 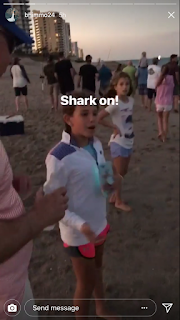 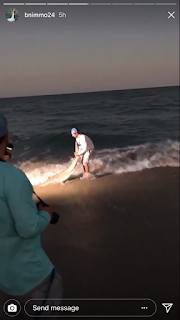 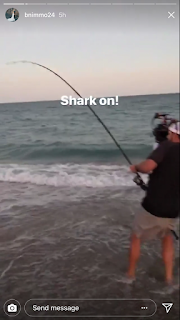 Why is anyone calling for someone else's job for something like this? Have you guys lost your minds? Just stop with the nonsense. Was it a good look? For some yes, for others no. You guys have a right to your opinions. It's true. But the ridiculousness of theft the pitchforks out for "reasons" has got to stop.
Posted by Media Goon at 8:00:00 AM