METS and Marvel TEAM UP FOR

FLUSHING, N.Y., August 4, 2021 – The New York Mets today announced the club and Marvel Entertainment are collaborating on a special two-day promotion featuring Mets infielder Pete Alonso on Thursday, August 12 and Friday, August 13. This collaboration will mark the first of its kind for the Mets and Marvel, as one of the “Amazins” is transformed into an original Super Hero, coming to life with an exclusive collector’s item bobblehead and an origin story in a Marvel comic book. Tickets are available now at Mets.com/Tickets.

“This comic book and bobblehead are super cool,” Alonso said. “I’ve loved everything Marvel since I was a kid. It was awesome to see myself as a Super Hero and I can’t wait for Mets fans to get their hands on these, they’re going to love them.”

This collaboration builds on the Mets and Marvel’s longstanding relationship. Over the past few seasons, the Mets and Marvel have worked together to create a number of exciting exclusives, including two Noah Syndergaard bobbleheads and a t-shirt that played off of his resemblance to the Mighty Thor, and an exclusive Spider-Man bobblehead design in the Mets’ team colors. Most recently, Alonso was also involved in Marvel Comics’ Hellfire Gala, a comic book event featuring Marvel’s X-Men earlier this summer. The deal was facilitated by AthLife, Inc, Marvel’s longtime sports representative.

FLUSHING, N.Y., August 4, 2021 – The New York Mets today announced that the club will open the 2022 regular season on Thursday, March 31 against the Washington Nationals at Citi Field. The opening homestand will continue Saturday and Sunday vs. the Nationals before the Atlanta Braves visit Citi Field, Monday, April 4-Tuesday, April 5.

Highlights of the 2022 home schedule include:

Promotional details for the 2022 season will be announced in the months ahead.

Live Amazin’ But True Podcast at Katch on Aug 8th 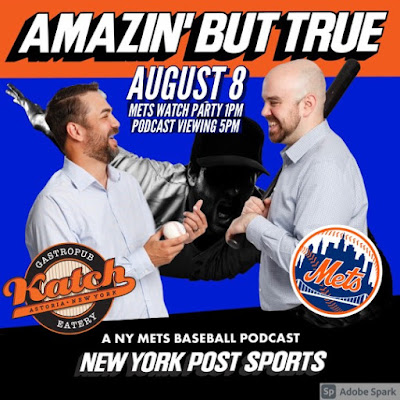 This Sunday go watch the Mets game at one of the Queens Baseball Convention’s favorite venues that hosted us Katch Astoria. Then at 5pm you can see a live version of the Amazin’ But True Podcast that is hosted by former Met Nelson Figueroa and Jake Brown.

Here’s a description of their Podcast.

“Amazin’ But True” is the best New York Mets podcast. It’s hosted by former Mets pitcher and Emmy-Award winning TV analyst Nelson Figueroaand rabid Mets fan, columnist and media personality Jake Brown. This baseball podcast will take you inside the clubhouse with beat writer Mike Puma and the full team of NY Post baseball writers. “Amazin’ But True” will also feature special Mets guests, including current players, former players, broadcasters and celebrity fans. New episodes of this MLB podcast are released every Monday and Thursday throughout the entire season. Listen to this best sports podcast! Subscribe to the podcast on your favorite listening platform, or listen right on nypost.com. Available on Apple Podcasts, Spotify, Google Podcasts and Stitcher.

It's been a fun season so far getting back to the ballpark with you guys. We're getting down the stretch, and fingers crossed, we'll be cheering deep in the playoffs with The 7 Line Army.

Along with the already scheduled outings, we're adding one more to the list. Thursday September 2nd vs the Marlins at Citi Field will be up for grabs next week!

We get hit up often asking when our next games are, so it makes sense to have it all in one place. Here goes...

Saturday August 28th vs Nationals at Citi Field. Jerry Koosman # retirement ceremony before the game: About 40 tickets left on Mets.com/The7LineArmy

Thursday September 2nd vs Marlins at Citi Field. Tickets going up August 11th at 10am on Mets.com/The7LineArmy - $39 per per seat ticket and includes The 7 Line Army shirsey. First come first serve while supplies last. 4 ticket max per transaction.

Saturday September 11th vs the Yankees at Citi Field. Tickets going up on August 19th at 10am on Mets.com/The7LineArmy - $129 per per seat ticket and includes The 7 Line Army shirsey. First come first serve while supplies last. 4 ticket max per transaction. 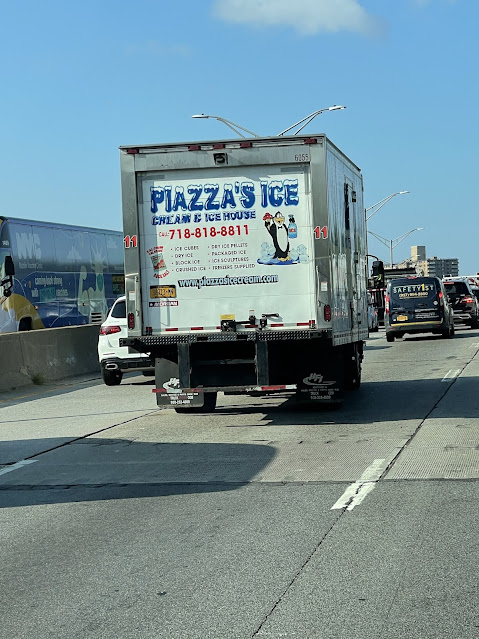 Told you it was random.