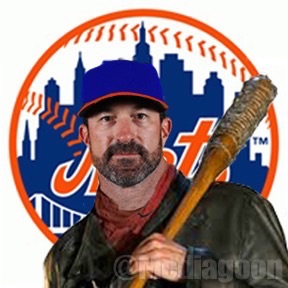 
“The 22-year-old Smith admitted the last few days have been trying as he attempts to convince team brass he is worthy of a spot on the major league roster. But Adrian Gonzalez’s addition this offseason on a free-agent contract likely ensured Smith will begin the season at Triple-A Las Vegas, regardless of his performance this spring. Even so, Smith can’t win a job if he isn’t playing.

“I would be lying if I said it wasn’t [difficult],” Smith said. “I am human at the end of the day. I do have emotions and feelings, so this definitely is frustrating, especially after the game [Saturday] I did play.””

In addition to Smith, the Mets are monitoring Juan Lagares (hamstring), Jay Bruce (plantar fasciitis) and Tim Tebow (sprained ankle), giving the early days of spring training a similar feel to the team’s disappointing 2017 season, when injuries were a dominant theme.

Gsellman tries to massage out 2017 season

The Mets right-hander found his sinker — a pitch that had largely disappeared on him in 2017 — in firing two scoreless innings in his team’s 10-3 exhibition victory over the Marlins. Gsellman allowed one hit and struck out two.

“I left a couple of pitches up, but I like the movement on my ball — it’s actually sinking pretty good this year,” Gsellman said.

In an effort to get that sinking action, Gsellman received “deep tissue” therapy in the offseason to improve the range of motion in his shoulders.” 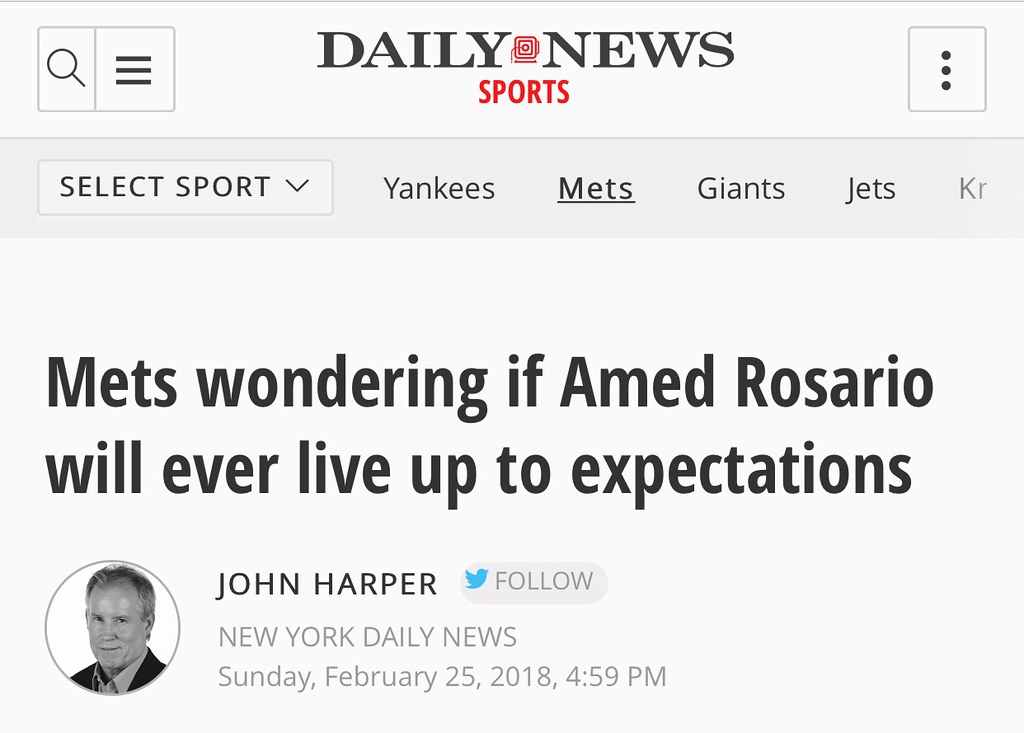 And I am wondering if Main Stream Media is ever going to be good again. It just gets so ridiculous. Rosario played well last season for the limited time he was up and he’ll continue to grow. This is such a stupid headline. “The Mets wonder if Conforto will ever be able to hit again.” “Media Goon wonders if the sun will ever be eclipsed again”. I can make up non stories too.

Piazza says the Catchers have to step up.

“First off they are great guys. And I think that’s important. They are very solid guys, they take care of themselves and work hard,” said Piazza who is at the Mets’ spring training camp as a special instructor. “There is nothing wrong with looking at Travis and Kevin and challenging them to get better; to play better this year, to improve their performance realistically, not hitting 50 home runs, but exponentially getting more quality out of their at-bats. Get more quality out of the games. Being pragmatic, and realistic, but wanting to get better.””