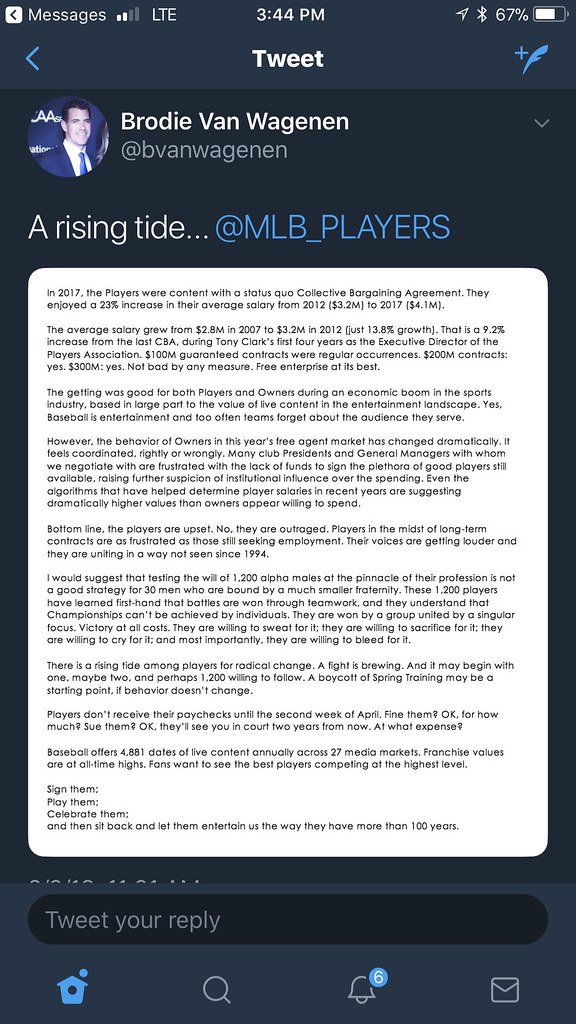 “No, the players won’t be boycotting spring training, the Players Association clarified in a statement, refuting the words of its own star agent Brodie Van Wagenen.

“Recent press reports have erroneously suggested that the Players Association has threatened a ‘boycott’ of spring training,” the statement read. “Those reports are false. No such threat has been made, nor has the union recommended such a course of action.”

It was Van Wagenen of CAA who wrote last week, in a statement on Twitter: “A boycott of Spring Training may be a starting point, if behavior doesn’t change.”