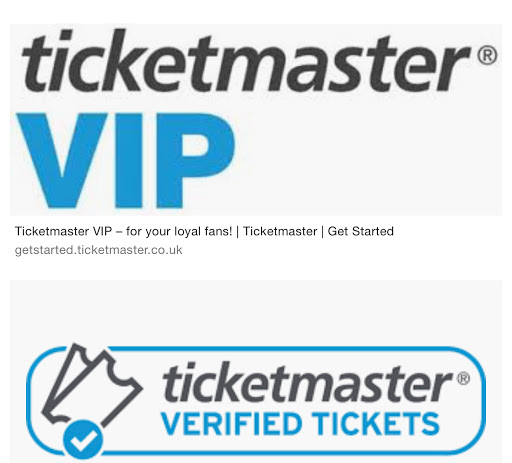 Hey guys. You know how you had a suspicion about Ticketmaster selling to brokers as soon as Tickets went live? Or how you thought that Ticketmaster released higher priced tickets first then released the cheaper prices later? It seems you were right! It looks like they have this new tool called TradeDesk that brokers use and the the NY Post gives the details.


The platform enables resellers to purchase tickets in bulk from Ticketmaster’s site, and then resell them for higher prices -- with Ticketmaster taking a percentage of both sales -- raising or dropping prices with the click of a button based on their assessment of fan demand. While Ticketmaster has taken highly publicized legal action against bots and flagrant profiteers in the secondary market -- including its own Verified Fan program, used recently by Bruce Springsteen, Taylor Swift and others -- the report captures a rep on camera saying that Ticketmaster’s "buyer abuse" team will look the other way when such practices take place on its own platforms. The rep, whose identity is blurred in the video, says "I have brokers that have literally a couple of hundred accounts," for buying tickets in bulk on TradeDesk. "It’s not something that we look at or report."

From what I am reading so far Ticketmaster looks the other way because they keep reaping the benefits of the fees they keep getting on transactions.


Asked whether Ticketmaster will ban scalpers who thwart ticket-buying limits -- a violation of the company’s terms of use -- a different company employee told one of the reporters, "We’ve spent millions of dollars on this tool. The last thing we’d want to do is get brokers caught up to where they can’t sell inventory with us. We’re not trying to build a better mousetrap."

From what I am gathering the brokers are selling their inventory back into Ticketmaster’s reseller page on their site.


A Ticketmaster employee said 100 scalpers in North America are using TradeDesk to sell between a few thousand and several million tickets per year. "I think our biggest broker right now has probably grabbed around 5 million," he said.

Let’s screw the consumer again. Can this somehow be considered a monopoly? How many ticket sellers like Ticketmaster are out there? I know Live Nation is a part of Ticketmaster now. Do the State Attorney Generals get involved?


The report also accuses the ticketing giant of timing the release of tickets to make it appear that demand is higher than it actually is in an effort to drive fans to the higher-priced options -- and then releasing less-expensive tickets later. 🤬

Here’s a quote from Ticketmaster.

In a statement included in the story, Ticketmaster’s SVP of communications said: "Ticketmaster is a technology platform that helps artists and teams connect with their fans," the company said. "We do not own the tickets sold on our platform nor do we have any control over ticket pricing -- either in the initial sale or the resale.

I don’t believe you. I don’t believe you at all.
You can read more here from the NY Post.
MG- This is just ridiculous and yeah Inknow it is capitalism but at the same time  is there any competition from any other ticket companies out there? All the secondary market ticket sellers don’t count. Now that we see this happening with Ticketmaster, I wonder how many tickets certain sports teams in NY put on StubHub. I heard some things about tickets for Sept 29th. Nothing concrete but I have heard rumors. Just think about all the fees we pay to buy tickets besides the ticket price itself.