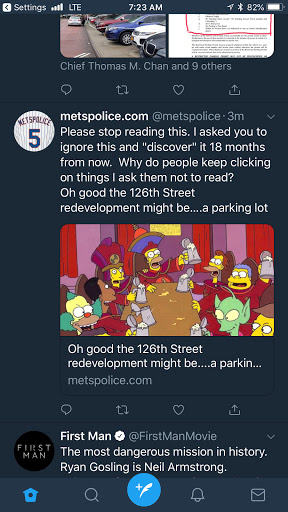 Read more here from Metspolice.com
You see that tweet up there from my cousin Shannon? Yep the one right about this paragraph? This is why the Wilpons won’t sell the Mets. They are real estate guys first and are trying to liberate parkland from the City. They really, really, really want that parking lot where Shea Stadium was to be able to build a mall. Oh you know that deal they made to eminent domain? The one where they threw out all those chop shops out of the Iron Triangle? The one where they promised to have affordable housing, shops, restaurants and other businesses? Yeah that went away. You guys should be more upset with the deals they are making with NYC then what they are doing with their own team.
You know what else the Wilpons don’t have to do right now? That’s right. They don’t have to touch the contaminated ground and spend a ton of money removing it. Oh and there’s the LaGuardia construction going on and they are going to need more parking. Oh and let us no forget about the new Air Train from LaGuardia that they want to build. Check out The Craig’s story and see what really is going on.
Posted by Media Goon at 7:34:00 AM