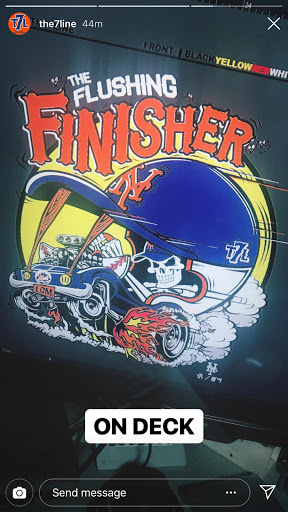 “We have deeper starting pitching here than I had with either one of those World Series winning clubs,” Eiland said after watching his rotation dominate on the just-completed road trip. “As far as starting pitching goes we are in good shape. I just hope we do some other things to build around it.

“With this kind of starting pitching you can win a championship. I will put our rotation up against any in baseball in a five-game or seven-game series. It takes more than just that to win, but that part of it is in place. Now it’s just the rest of it and I’ll let somebody else talk to that.”

From the NY Post. Read more here.
Hey Dave, that’s great and all, but how are the hitters/position players? How’s the bullpen? Are they close to a WS team? Time to look for a new hitting coach. It just seems something is lacking there. Also very big stretch saying the pitchers are WS caliber since Matz, Syndergaard, and deGrom were there before.
Posted by Media Goon at 6:01:00 AM