Matt Harvey might have taken a shot at the Mets 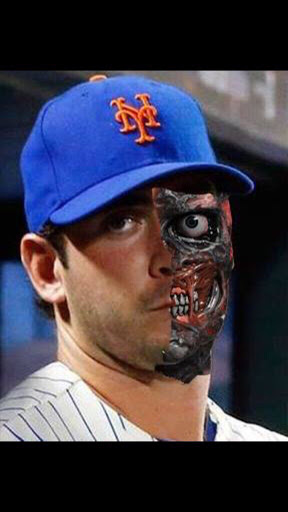 Matt “Harvey” Dent is back at it again.
From the NY Post

Former Mets ace Matt Harvey will finally get his shot at free agency this offseason after wrapping up his tumultuous 2018 season Tuesday night, and he is not sure where he’ll be pitching next season. He does know where he won’t be, though.

“There’s only one team out there I would not sign with, that’s about it,” Harvey said via The Athletic.

That team, presumably, is the Mets, who broke off their dramatic relationship with Harvey in May after shipping him to the Reds for catcher Devin Mesoraco.

Read more here.
So we can assume that good old Two Face is talking about the Mets. Thank God that he isn’t willing to sign with the Mets. You know why? Because that would be a mistake by the Mets to bring back this malcontent. The rumors I heard about him behind the scenes were amazing. I won’t get into them here but wow. The stunts he pulled with Mets when he “woke” up late and didn’t want to go to Triple A to fix his mechanics were ridiculous. You don’t want to sign with the Mets? There are a great deal of Mets fans that don’t want you to sign with the team.
Posted by Media Goon at 10:36:00 AM