Orange and Blue Thing on Location and a The7line Scavenger hunt this Thursday July 19th.

From The7line and Orange and Blue Thing 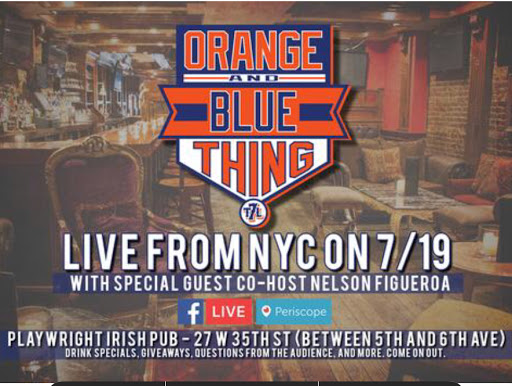 The scavenger hunt after party will start at 6pm and the live show will kick off at 7pm on FB Live and Periscope. Nelson Figueroa will join Darren on the mic to recap the first dismal half of the season, take questions from fans in the audience who wanna chat, give away some free stuff from The 7 Line, and play "what's in the box" in person.

Shout out to The Playwright for hosting us once again. We had some great times there back in 2015 during the playoffs.

They'll be drink specials from 6-9pm, so make plans to head over after work for some laughs and cocktails with a bunch of Mets fans. 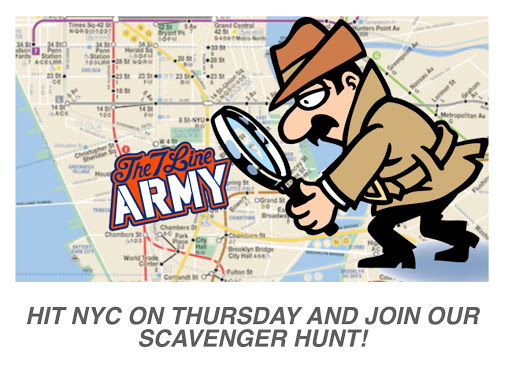 THE FIRST CLUE WILL BE VERBALLY GIVEN AT 3PM SHARP AT THE PLAYWRIGHT.

THE FOLLOWING CLUES WILL BE TWEETED ON @THE7LINE ACCOUNT

PRIZE: First to find the hidden golden ticket will be granted (2) free ticket packages to The 7 Line Army's sold out outing to Fenway on September 15th. A $274 value.
Posted by Media Goon at 12:16:00 PM