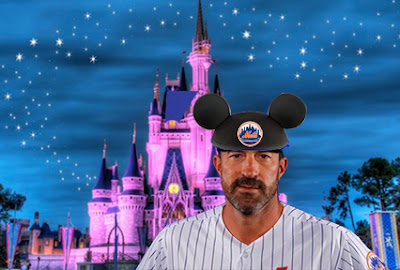 
Mesoraco, an impending free agent who was acquired in the May 8 trade for Matt Harvey, knows if he is dealt before the Mets return to the field in Washington Tuesday night, he’d likely be joining a playoff contender, as Jeurys Familia and Asdrubal Cabrera recently did.
“I would be super excited to go to a team that is in playoff contention. No doubt about it,” Mesoraco told The Post following Sunday’s 1-0 win over the Pirates. “That’s the goal, to get to the playoffs, and win a lot of games. I’m not tied here through next year or anything like that, but I am very grateful to the Mets for taking a chance on me because that’s what they did.”

MG-I find it funny that this article comes out today. That he might be moved and hopes to go to a contender. Now let us look at the next article.

Callaway was asked if Plawecki could eventually become a No. 1 catcher — Devin Mesoraco, with whom Plawecki is sharing catching duties is a free agent after the season.
“[Plawecki] has got all the potential,” Callaway said. “He can lay off the tough pitches and he’s got some pop. He’s got the ability to prepare well, I think Devin has really showed him the way in that regard and he’s a smart kid. There is no reason why he can’t be somebody’s No. 1.”

Read more here.
MG- Why else would you be talking about this in the papers? Who leaked about a potential deal from the team about a catcher? Come on guys... We can see you trying to put the writing on the wall...
Posted by Media Goon at 11:01:00 AM