Brooklyn Cyclones: Clubhouse Manager and what the job entails 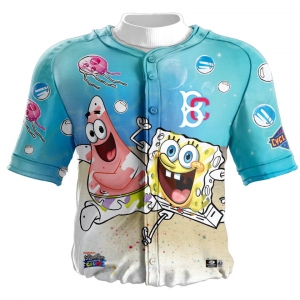 This is a pretty cool story about what a Minor League Clubhouse/Operations Manager deals with. Really cool that its about the Brooklyn Cyclones.

Colten fell into this career by chance. He had aspired to be a professional player, then quickly realized that he lacked the requisite talent. He knew only that he wanted to work in baseball, and that he wasn’t cut out to be a “sales guy,” when the Cyclones’ then-GM, a hometown acquaintance, offered him a hybrid grounds crew-stadium operations gig out of high school in 2009, which led to his getting the clubhouse manager position at just 21.After a year in that job he took a two-year detour up the Mets’ affiliate ladder that included work in clubhouse or equipment managing capacities for the high-single-A Savannah Sand Gnats (since relocated to Columbia, S.C. and rechristened the Fireflies) and the double-A Binghamton Rumble Ponies (logo: a snarling pony in boxing gloves and a championship belt, standing upright and wielding a staff). As the Binghamton job drew to a close in 2016, the Cyclones’ head groundskeeper and head clubhouse manager jobs opened concurrently, and, after negotiations, Colten accepted them both. He knows of no equivalent arrangement anywhere else in professional baseball.As clubhouse manager, he functions as a self-described “mom” to the players. Many of them are fresh out of college, some are still in high school, and none are over the age of 25—but all of them are confronting some harsh realities about their future in the sport. In single-A short season, the number to remember is two—as in, two percent of players make it to the majors from here, effectively answering the question, what is the most likely endgame of a collegiate baseball career? “For the most part,” Colten says, “if you’re above the age of 23 or 24 in this league, your prospects aren’t looking great.”
While Colten says the players are “generally pretty good about checking their surroundings before they let out some aggression,” a close loss may end up with him dodging helmets in the locker room. But he has a strategy. “Because I’m running the clubhouse and the grounds crew,” he says, “I kinda guilt the guys into not doing stuff like that. Even if they do something, they instantly realize that I’m dealing with it.” Often, after these tempests have blown over, offending Cyclones return to help Colten clean up.
When he isn’t dealing with tempers, he’s dealing with temperatures. This day is a balmy 83 degrees—“ideal,” Colten says. “You’ve got nice weather, you’ve got a nice little breeze, you’ve got full sun, but it’s not strong sun,” he says. “This is pretty much what I want.” The worst game-day scenario for him is scattered thunderstorms, widespread and unpredictable storms that are harder to combat than the more concentrated isolated ones, and which are exacerbated by the park’s proximity to the water.