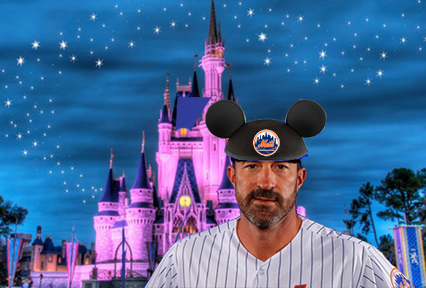 FLUSHING, N.Y., July 31, 2018 – The New York Mets today announced they have claimed infielder Jack Reinheimer off waivers from the Arizona Diamondbacks and optioned him to Las Vegas (AAA) of the Pacific Coast League. Reinheimer was designated for assignment by Arizona on July 27. To make room on the 40-man roster for Reinheimer, outfielder Yoenis Céspedes has been transferred to the 60-Day Disabled List.

Reinheimer, 26, was batting .237 (45-190) with nine doubles, two triples, three home runs, 21 RBI and 26 runs scored in 50 games for Reno (AAA) of the Pacific Coast League. A versatile defender, Reinheimer appeared in 16 games at shortstop, 12 games at second base and 21 games at third base during his time with the Aces this season.

He was originally drafted by Seattle in the fifth round of the 2013 First-Year Player Draft out of East Carolina University. On June 3, 2015, Reinheimer was acquired by Arizona along with catcher Wellington Castillo, righthanded pitcher Dominic Leone and outfielder Gabriel Guerrero in exchange for outfielder Mark Trumbo and lefthanded pitcher Vidal Nuño.