Nick Francona Fired. Taking a Stand against the MLB and where the proceeds of the Memorial Day jerseys go. 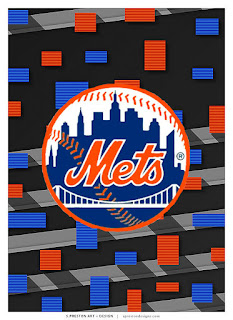 This is was a legit question that Shannon over at Metspolice.com and I have been asking about this for years and years. They keep saying money was being donated to a charity. The MLB never said what charity or how much was donated. Now, we have a Marine who served for this country poking around asking about the same things we asked about over the years and he gets fired? Mets really know how to mess things up. Remember the last firing they had a few years ago that ended up in a lawsuit that they settled out of court? Look up Leah Castergine and the Mets.


The 33-year-old Francona, a U.S. Marine who commanded a scout-sniper platoon in Afghanistan, now believes his baseball career is finished. Francona was previously fired by the Dodgers after a clash with Gabe Kapler, then the organization’s director of player development. Francona alleged Kapler, now the Phillies manager, discriminated against him after he sought help from an organization that treats veterans for “invisible wounds of war.” The Dodgers denied the allegations and MLB officials investigated the matter, but determined no action was warranted against Kapler.
“I don’t feel like I am the morality police and tell people how to observe Memorial Day properly,” Francona said Monday in a phone interview with The Post. “Major League Baseball has proactively waded into these waters and I think [criticism] is fair when you are going to sell apparel. They are explicitly marketing this as Memorial Day and tying it to the memory of dead soldiers.”
Francona said he repeatedly asked MLB for evidence the proceeds from the Memorial Day apparel were directed toward charities connected with military families, but was stonewalled each time. He then began raising the issue on Twitter.
In late May he was informed by Mets general manager Sandy — who has since taken a medical leave of absence from the club as he battles recurring cancer — the Mets had decided to fire him. Francona, who arrived to the organization in spring 2017, said he was told his work performance wasn’t the issue, but his stand on the military apparel proceeds had forced his dismissal.

“There was something liberating about the fact actually that you know there are some limitations when you come to the Mets so this isn’t an ideal organization and a highly functioning place,” Francona said. “But do the best you can with that in mind. That is like a fun challenge to embrace and something I actually enjoyed.”
Francona said he was told by team COO Jeff Wilpon that he was making a “big impact” with his initiatives within the farm system. The fact Wilpon left Francona’s firing to Alderson bothered Francona.

Read more here.
This was the first year that the MLB said where the money was going to that wasn't a seemingly defunct group. Also for years the Mother and Father's day jerseys proceeds were going to unknown  charity too and now they are finally saying where they are donating.
Posted by Media Goon at 7:00:00 AM