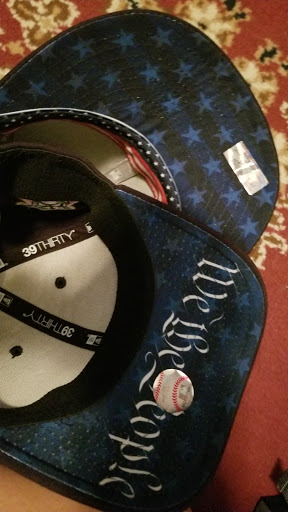 Seems like one of the hats don’t have any writing on them and the other has the Pre amble to the Constitution instead of anything from the Declaration of Independence that’s was signed on July 4, 1776 you know the thing that broke the colonies from the British rule and not the day the Constitution was signed. You know since the MLB is celebrating The 4th of July by selling Merch and all.
Thanks MJ for the pic.
Posted by Media Goon at 1:14:00 PM