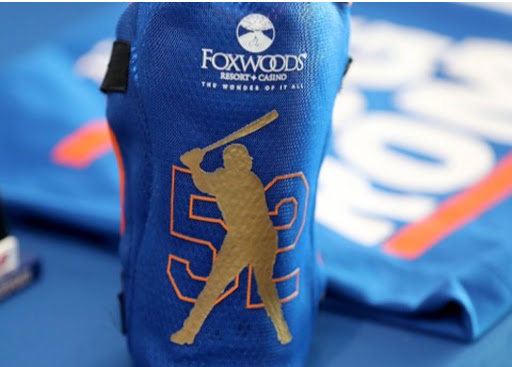 It’s funny how everyone is starting to see what I was talking about Cespedes and how there was a reason why he didn’t stick with a team before the Mets. Don’t tell me about his plight in Cuba and how he deserves to act however he wants as a  baseball player. I won’t know personally the trouble he’s had throughout his life but that isn’t an excuse for him to behave how he does or doesn’t on a backfield. You get paid to do a job and right now he’s getting paid to not do his job. Seems like a few people and even folks are getting tired of his act.
From the NY Post


A message is being delivered to Cespedes: We’ll see you when you are ready to play.

Cespedes appears in no hurry to return, especially to a team with a 32-47 record. This situation could continue all summer.

From all appearances, the Mets are no longer going to bend over backwards to keep Cespedes happy. He will be treated more like everyone else on the roster. The Mets are on the hook financially to Cespedes: $29 million this season, $29 million next season and $29.5 million in 2020.

Cespedes will get his money. What will the Mets get from Cespedes?

Cespedes played 81 games in 2017 because of a variety of leg injuries. He has been limited to 37 games this season and was put on the disabled list May 16 with a “mild strain” of the right hip flexor.

Read more here.
Cespedes has even said when the Mets started doing bad and began sliding basically that he is only one guy and he can’t fix the team by himself. Which is true but knowing that he’s in the lineup and his bat can be dangerous can help the other players with their at bats.
I think right now he’s happy to get a paycheck and not have to play.