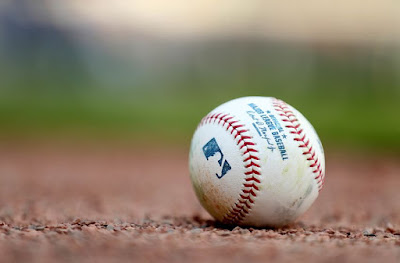 This is a really interesting read.The Athletic might have found out the reason for why there are more home runs recently.


This introduction of thicker laces could very well be the factor that led to the home run surge. According to the executive summary released by MLB’s independent committee, “[M]anufacturing advances that result in a more spherically symmetric ball could have the unintended side effect of reducing the ball’s drag.” While it is unclear how much spherical symmetry would be gained from a 9.0% increase in lace thickness, it is unreasonable to assume that it would not make some contribution to drag reduction, thereby allowing the ball to carry farther.Another likely consequence of thicker laces is the “epidemic” of pitcher blisters that began in 2016. Increased lace thickness will produce slightly prouder stitches (not to be confused with seam height, which is related to lace tightness and cover fit), creating a “bumpier” seam. Since blisters are often associated with tightly gripping or rubbing the seams, the rougher texture could be a strong factor in higher rates of blistering. In fact, the possibility of thicker stitches was even postulated by pitcher Rich Hill last year, although the follow-up was minimal.

It amazes that something so minute can make a huge difference in the ball jumping off the bat. Maybe the Mets can change the stitching in some of the team's hitters.
Posted by Media Goon at 9:50:00 AM