SURPRISE, Ariz. — Lucas Duda’s arm was challenged by Eric Hosmer, who made a delayed dash home on the high throw to score the tying run in the ninth inning of what turned out to be the finale of the Royals’ five-game win over the Mets in the 2015 World Series.

“It’s funny how baseball works out,” Duda said Wednesday after agreeing to a $3.5 million, one-year contract with the Royals that allows him to earn $1.3 million more in performance bonuses. “You definitely learn from failure. It makes you strong as a person, as a player. For the Kansas City fans out there that don’t think maybe I’m the right fit or whatever it may be, I’m out to prove them wrong.”

There are already plans to offer co-branded Stanton/Judge merchandise, the company said”

MG- I really dislike Fanatics. Maybe they can use the money they make from this deal to get their customer service up to snuff. Took 5 weeks to get refunded money for a hockey jersey they sent me in the wrong size.

The Athletic is calling Harvey the Riddler

“But Harvey is at a point in his Mets career where almost anything he does merits mention. On a team and a pitching staff overrun with question marks, Harvey is the riddler.” 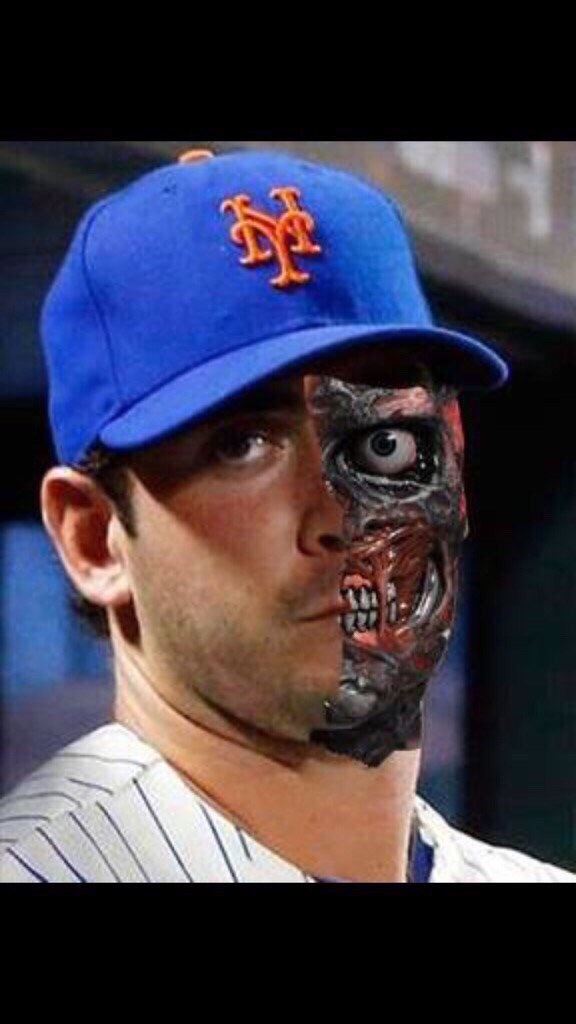 “Gavin Cecchini was fairly outspoken on Monday. The second baseman said bluntly he believed he was ready for the big leagues and he could help the Mets win.

"That is tough, I believe that I should and can be a starter in the big leagues and help the team win," Cecchini said. "But I am just kind of in a tough situation with all the infielders and veterans we have right now. I feel that I am big-league ready at this moment...That stuff is out of my control. I can't control if I make the team or not. All I can focus on is getting better each and every day and help my team win."”

MG- you do, do you? Prove it..
- Posted using BlogPress from my iPhone