Save America's Past Time Act sounds like a sham 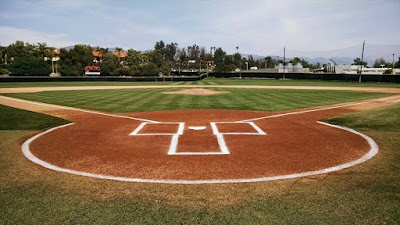 How is this saving Baseball?
Quotes are from the NY DAILY NEWS


After failing to even get a vote on it two years ago, Congress has slid the provision into the $1.3 trillion omnibus spending bill that must be signed by Friday to keep the government open. Buried in the 2,232-page bill is the “Save America’s Pastime Act,” which would basically take away minimum wage rights for minor-league baseball players, making them “apprentices.”

The MLB and the politicians are making this sound like the minor league teams have to pay the salary of the Players. Aren't the MLB Ball clubs the ones who pay the players in MiLB salaries? And of course it's hidden in a bill that if when passed this gets passed too. Two years ago it got rejected on its own

They pitched the bill as protecting minor league baseball by shielding the teams from devastating cost increases, but major league teams are responsible for the salaries of their minor leaguers.

According to the NY Daily News they are...

A first-year player in Class-A ball makes $1,100 a month and does not start collecting paychecks until the regular season starts. That means a minor leaguer who is cut in spring training accrued both the cost of spring training and no pay.

That sucks. Why aren't they getting paid for the duration of their MiLB Contract from the day they show up for camps/training?

Paying their minor leaguers a living wage would cost major league teams an estimated $7.5 million more a year, but even some in player development view it as money that would be well spent. Several minor-league players declined to comment, fearing backlash from the Mets or MLB. Mets GM Sandy Alderson also declined comment.

7.5 Mill a year more and MLB is complaining? Come on. It's the cost of doing business. I used to make more money working at a deli in college per month working 40 hrs a week.

Nelson Figueroa, a former player who spent many years working his way up, remembers trying to get by on $20 per diems.
“They take $13 a day from you for clubhouse dues, so you get one meal there and then you are trying to get two on $7,” the current SNY analyst said. “It’s a $10-billion industry. It doesn’t have to be this way.

Why aren't he players eating healthy and getting the right nutrition? Oh because we pay them just enough for Ramen?