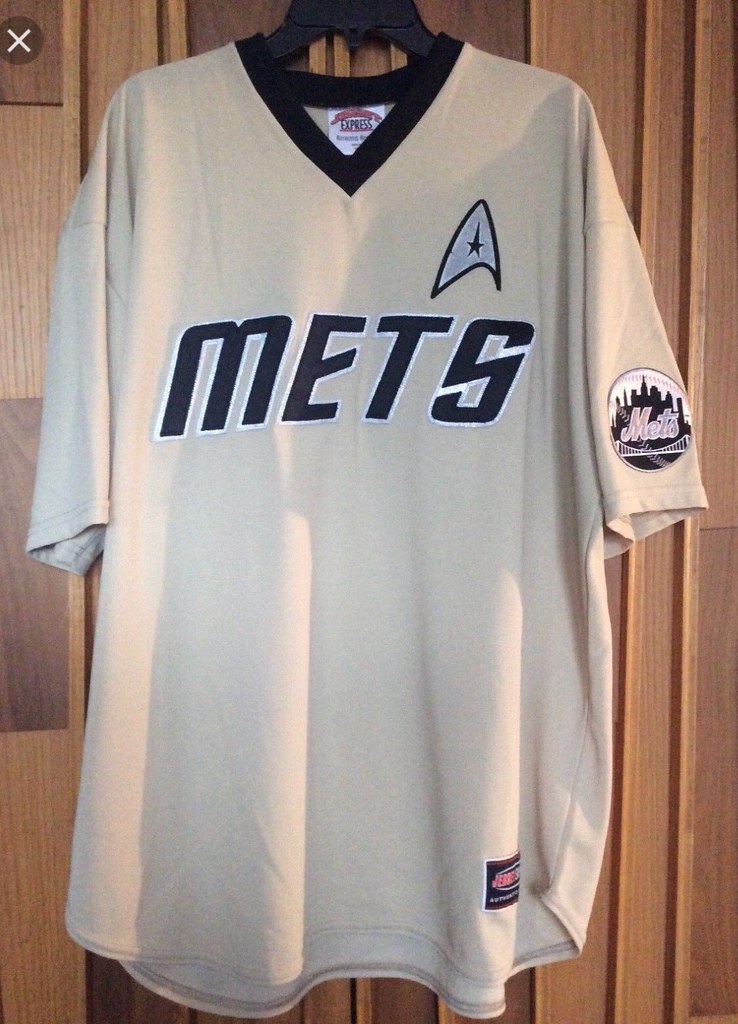 It’s funny that this article hit Deadspin today as I was just thinking about baseball and Dr Bashir from Deep Space 9. I got to work with Alexander Siddig this year on Gotham and we talked about some different things including DS9. BTW he is a great guy and a true gentleman. But let’s talk about this article since Opening Day is tomorrow. It talks about how non Gene Roddenberry this baseball is in Star Trek.

“But nothing was less Gene than Deep Space 9 somehow managing to integrate human baseball back into its world of the future. Futurism as a philosophy necessitates that something new and great replaces something old, and there are few things older than baseball. But the beloved moldy-oldy bat swingin’ game somehow made a perfect companion for a show about animal nature dancing in concert with the world of the future.

In the future, there is just one baseball, and it sits on Commander Ben Sisko’s desk. He likes baseball, even though it is for all intents and purposes a dead sport. His human comrades on DS9 don’t even have any idea what the hell he’s talking about. But then some wild shit happens. On the first assignment of his new command, Ben accidentally flies into a stable wormhole and encounters aliens who live there. They are non-corporeal, non-linear creatures who exist in one space but also in all times at once. As such they have very little context for linear time. Ben explains it to them by using baseball, a sport in which one thing happens after another:

WORMHOLE ALIEN (manifesting as Jake Sisko, Ben’s Son): Baseball? What is this?

SISKO: I was afraid you’d ask that. I throw this ball to you and this other player stands between us with a bat, a stick, and he, and he tries to hit the ball in between these two white lines. (The Aliens, using figures familiar to Sisko to take form, do not understand) No. The rules aren’t important. What’s important is, it’s linear. Every time I throw this ball, a hundred different things can happen in a game. He might swing and miss, he might hit it. The point is, you never know. You try to anticipate, set a strategy for all the possibilities as best you can, but in the end it comes down to throwing one pitch after another and seeing what happens. With each new consequence, the game begins to take shape.”