Was there new Mets content from The Athletic yesterday? 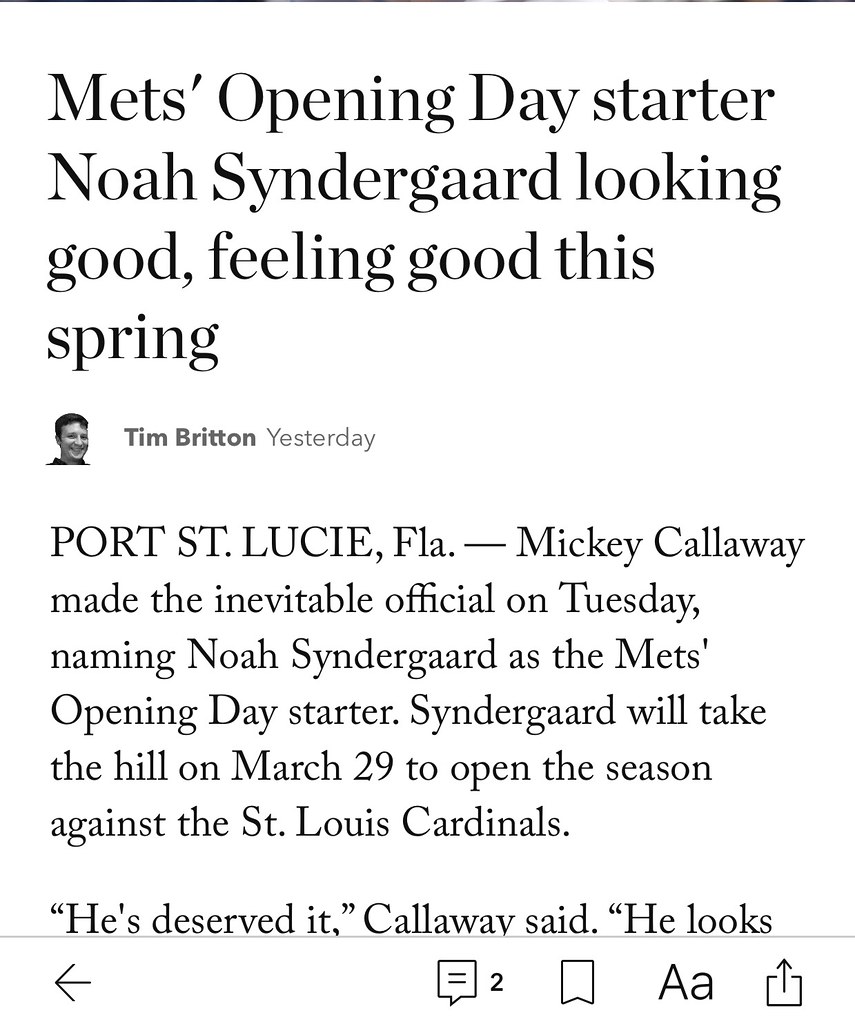 Yes, yes there was!

Lots of things in this article yesterday. Talked about Thor starting opening day, deGrom starting game two and then talking about not needing a fifth starter for the first two weeks of the season.

Tim Britton actually responded to me on twitter yesterday. 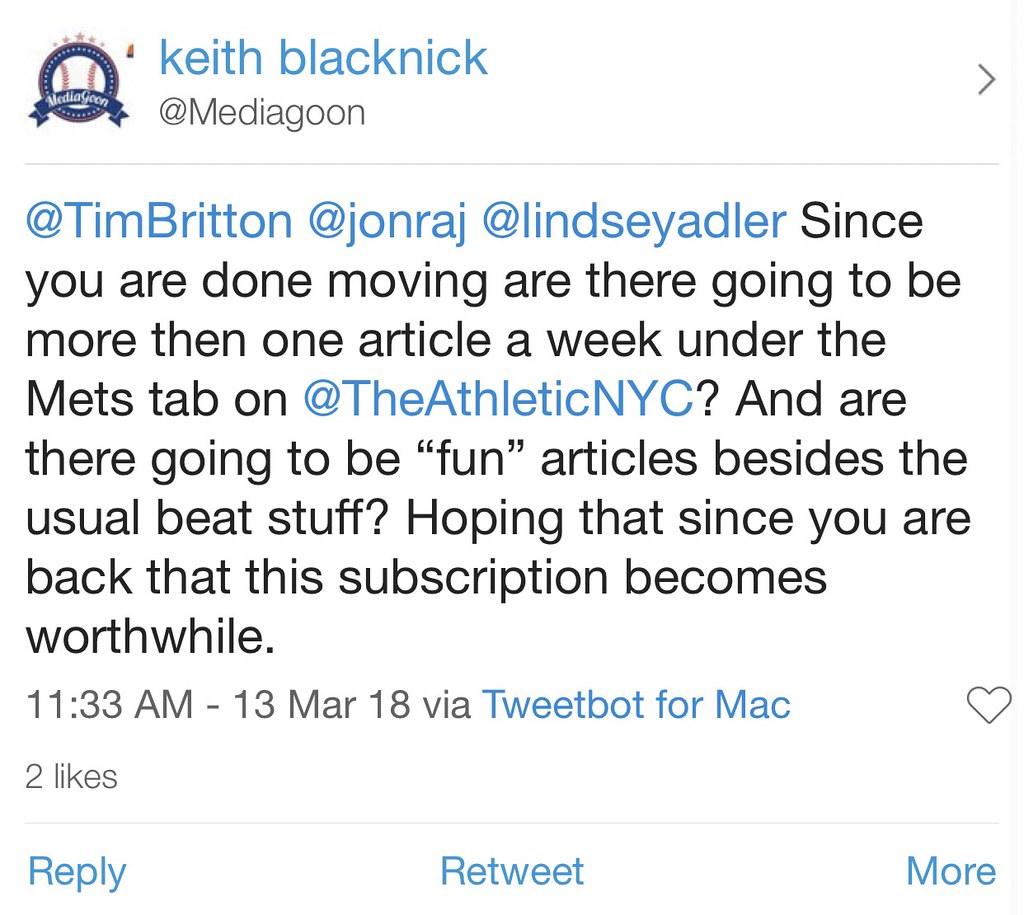 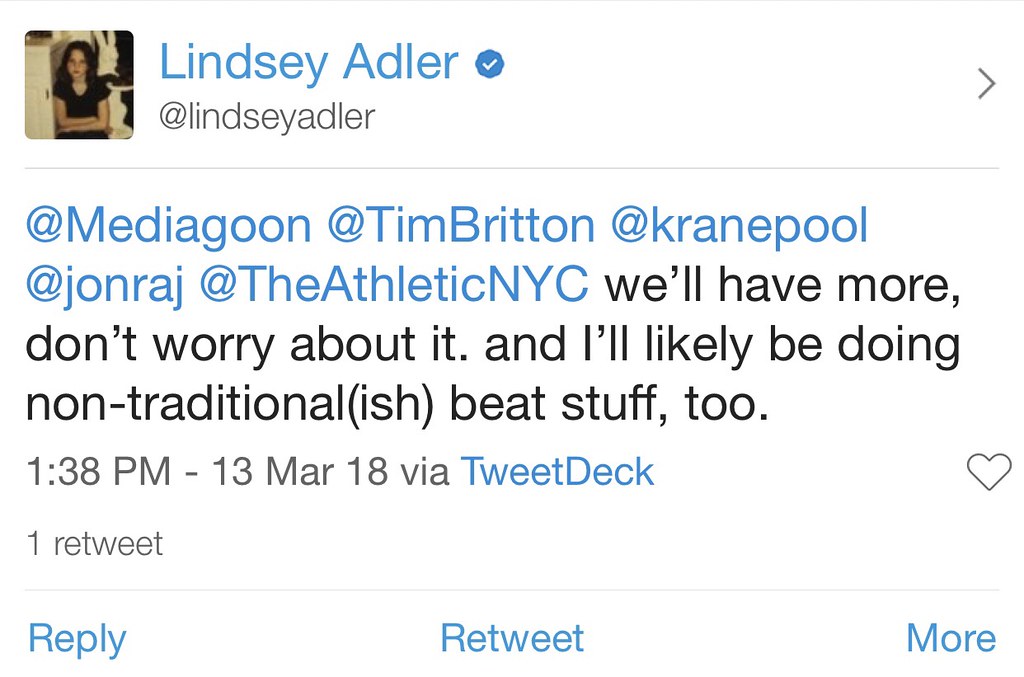 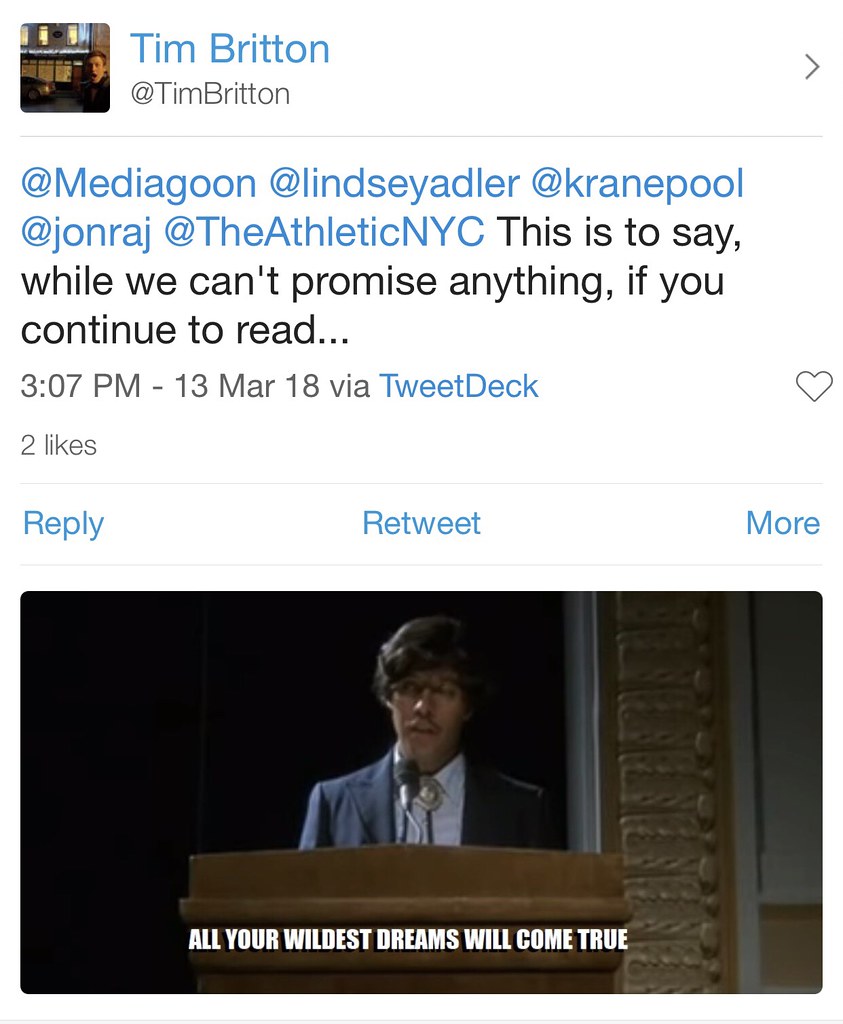 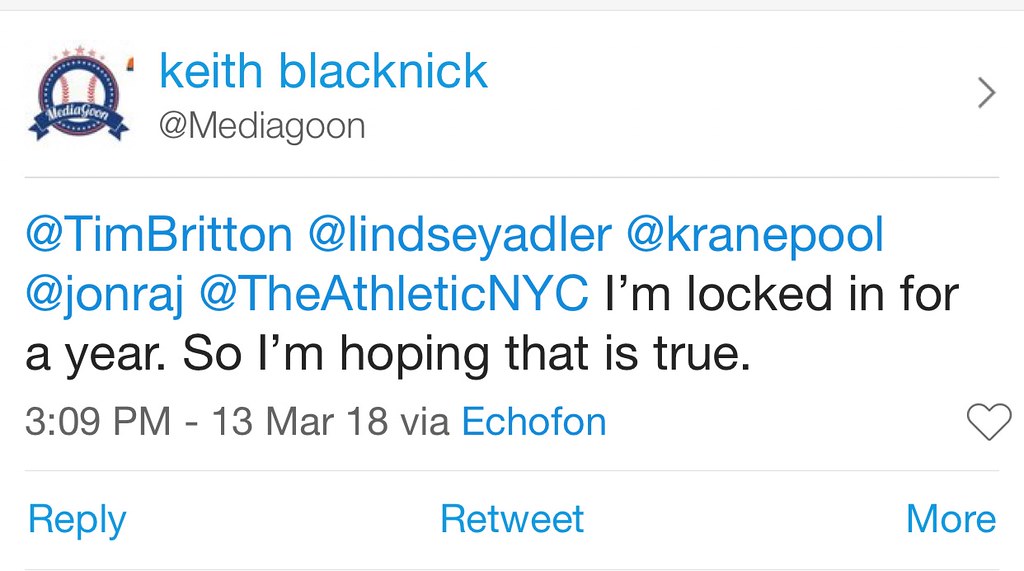 One of my beefs about the Athletic the last few weeks there was a lack of content for a pay site regarding the Mets. Now Tim Britton was moving, so I get why he wasn’t as locked in on the Mets as one would expect, but the Athletic didn’t have anyone fill in for him for a few days while he had to take care of relocating himself.

Lindsey Adler has piqued my interest with her saying she’ll have some non traditional stories. I’d love to see how this turns out.