Watch the Mets at @katchastoria this Saturday 4/7/18 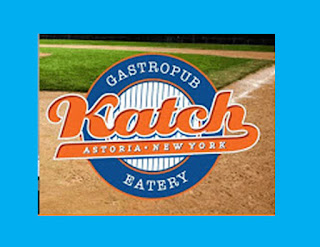 Hey folks. Katch wants anyone who was going to go down to D.C. this Saturday for (read here about postponement) the game and now aren't due to the possibility of snow, they are going to have a viewing party.They figured if they game is on folks still might want to get together to watch the game. The game is on during Katch's bottomless brunch and they are also have a deal that if you wear a Mets shirt you will be entered in a raffle. Prize will be announced day of.