@Aramarksports, The Mets, Concession Stands, and the Hyundai Club

How was Citifield for you guys this weekend? I know from what I had seen on twitter and from what @metspolice would shoot over to me that it wasn’t that great on Saturday night. As Mets fans we have become almost trained to right away put our anger solely on the Mets organization whenever something goes awry at the stadium. I want you guys to know that I have been talking with some Mets personnel that deal with the logistics of running a ballpark and they aren’t happy. I know these folks pretty well and I know it’s not an act or just telling me something to satiate the hunger for answers(and after some of the lines at the ballpark, for food itself). They actually want this fixed and want to know what have been going on at the concession stands. I found out about how they ran out of food at the Hyundai Club before 7 pm and didn’t restock until the third inning. 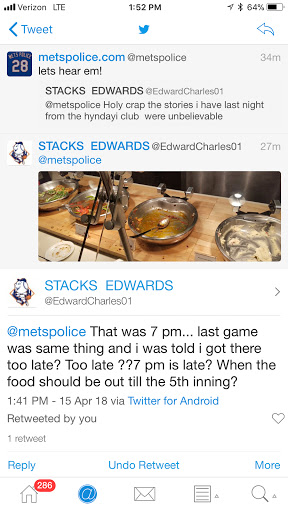 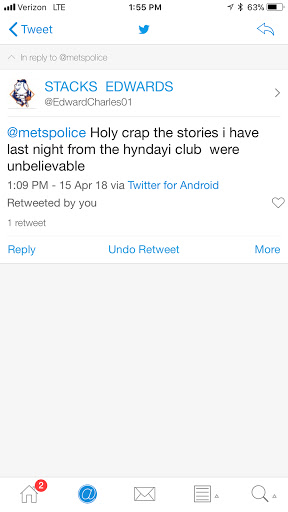 So you are paying money to get into the Hyundai club which food is part of the ticket until the 5th inning and you run out? 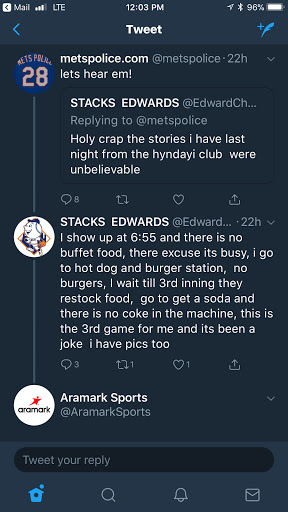 I saw the pics of the coke machine dispensing just basically seltzer. Aramarksports did respond though. 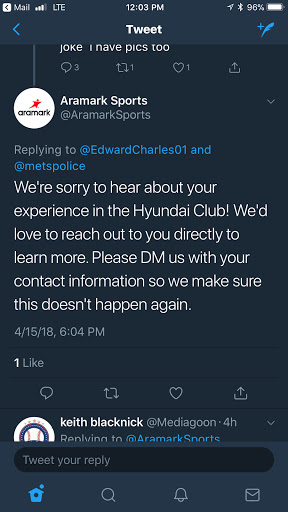 Does it go anywhere who knows? But I do know the Mets are looking into this too. You are paying a premium for these seats because of where they are located and because of the food that’s included with them. I totally get why Stacks is upset. I would be too.

I had a friend telling me yesterday he missed 3 innings while in line for a burger. Not Shake Shack. A regular concession stand burger. What he told me is what a lot of folks have been telling me, it seems like the quality of the staff behind these counters have no motivation, no oomph, and some even seem like that they don’t want to be there. It really is amazing.

If you guys have legitimate complaints about your concession service and are going to tweet about it,make sure you add @mediagoon and  @metspolice to it along with @aramarksports and @mets. The Mets need to see what is going and so they can fix it, and Shannon and I need to see what’s going on so we can try to help out.
Posted by Media Goon at 12:16:00 PM