Not Renewing your @Mets tickets? Why not? Take a poll here. 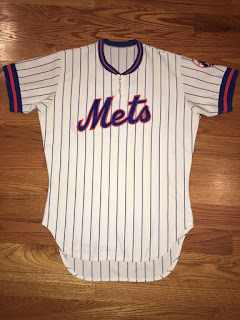 Since July I have been writing about how the ballpark experience at Citi Field has made me not want to renew my half season ticket plan after having seats at the ballpark for eleven years now. My seats have been with me longer then I have owned my apartment, longer than I have known my wife, and just two years less than I have been at my current job. I still like going to games. That is one I get in and get to my seats. The security out front is a joke at times. They don't want backpacks coming into the stadium for safety reasons. It's supposed to help speed up lines to get into the stadium. If that is the case why do giveaways. Certain giveaways keep folks outside and "Not Safe" for hours at a time. If I never went to other ballparks, I don't know if I would feel this way. It truly is amazing how other parks are staffed with some of the nicest folks I have met. Only problem I ever had was at Turner Field with the staff taunting Mets fans. Every other place has been pretty great. Staff went out of their way to be helpful. Now I am not trying to Kill all the Mets staff because there are some really great folks but the bad apples are really spoiling the basket now. The cheaper ticket promos are getting annoying too. The one other thing that stuck in my craw this season is that I have two seats for account, but you are only allowed perks as if there are only one seat. You have two seats, you can only get one bobblehead etc etc. Now that I got that preamble out of the way, if you are giving up your seats why? Are any of these choices the reasoning?


For those who aren't renewing their Mets Ticket plans next season. What is the reason why? 1)Team on field 2)Not worth paying for a plan vs one off ticket promos 3)Bad Ballpark experiences(long lines, closed concessions etc) 4)Security,Greeters,Ushers rude and not trained well.
— keith blacknick (@Mediagoon) September 9, 2019