I’ve been stuck up in the Catskills working. 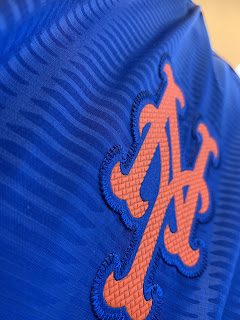 I’ve been up in New York’s Riviera all week filming a show. During that time I have tried to pay as much attention to the Mets as I possibly could. Some days/nights, I was able to listen to the games live on the radio depending what town we were filming in.  Yesterday I couldn’t listen to the game or post anything because of now cell service. It was killing me. I can’t believe that McNeil’s wrist was broken. Yet I can. I can’t believe the Mets got eliminates the other night from the playoffs. I really did expect it to come down to the last game of the season with the Mets getting knocked out not during the game but after winning the game on Sunday.

This weekend is the last weekend I will have my 1/2 season plan. Despite what Shannon over at Metspolice.com thinks, I’m not renewing my plans. Too many issues with it has made going in enjoyable to me.

Anyway those are some of my quick thoughts before I head back from Hunter Mountain in a few minutes and did a 21 hour day yesterday. See you guys at the ballpark and also should have some news about some things for you guys in a few weeks.
Posted by Media Goon at 9:24:00 AM