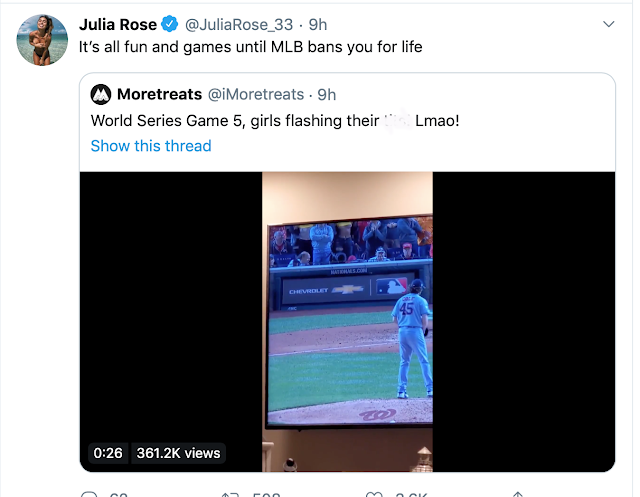 Seemed to be a whole bunch of wackiness going on in that World Series game last night. Between this and the crowd letting President Trump know what they think of him... Sheesh.
From the NY Post
Two women were caught flashing their breasts on live television during Game 5 of the World Series Sunday night.
The duo exposed their chests as Houston Astros star pitcher Gerrit Cole was preparing to make a pitch during their game against the sinking Washington Nationals.
The women, sporting yellow shirts without bras, were sitting just a few rows from the field — apparently in plain sight on Cole, whose delay in making a pitch caused the batter to call for a timeout.
Read more here. 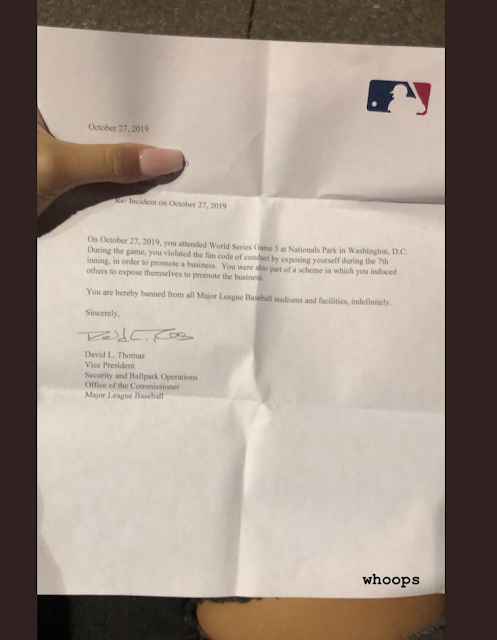 Looks like she got a lifetime ban. That was quick.
Posted by Media Goon at 8:56:00 AM

A complete selection of all replica Ray-Ban Sunglasses styles is available online. Browse between new or classic frames,replica Ray-Ban Sunglasses aviator lenses and colors to find shades that match your style. With the iconic Ray-Ban model, you can find a complete selection of women's sunglasses and men's designer sunglasses. Shop now at the official online store and get free shipping on all orders.