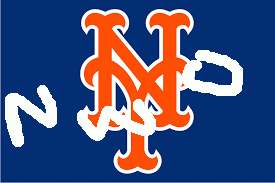 I listen to a lot of wrestling podcasts. One of them is 83 Weeks with Eric Bischoff. This week on that show, they were talking about Scott Hall aka Razor Ramon and the NWO. During the NWO days in WCW one of the things you were always watching for was the "surprise" addition to the NWO. Every week there could be a defection from WWF or from the WCW itself to the NWO. Right now, I feel like this is what is going on with the Mets. They are trying to get us to wait for the "sexy"candidate for the managerial job. Is this because they don't really want Girardi? Is this because they have a "backup" candidate in case the three top choices don't end up becoming the Mets manager? "Hey we wanted X to be our manager all along and when X became available we had to jump on it." Is it AROD? Piazza? Wright?

I wonder who this "bombshell" is. Will we ever know? Stay tuned. Same Bat Time. Same Bat Channel.
Posted by Media Goon at 6:17:00 AM