The NY Penn League could be a goner. 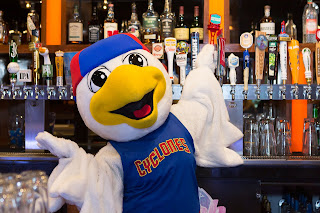 With the Mets not offering Edgardo Alfonzo a new contract to manage the Brooklyn Cyclones, this just popped up on my radar. The NY Penn League (Home of the Cyclones) might be a thing of the past. I wonder what the Mets would do. Would the team bump up? Would they go to the DREAM LEAGUE? I have no clue.

The proposal also completely reorganizes the full-season minor leagues. While there would still be Triple-A, Double-A, high Class A and low Class A, those four levels would be completely reworked to make the leagues much more geographically compact. In Triple-A, the Pacific Coast League would shift from 16 teams to 10. The International League would grow to 20 teams. The 14-team low Class A South Atlantic League would be turned into a six-team league with a new Mid-Atlantic league springing up.The short-season Northwest League would move to full-season ball.Under MLB’s proposal, some teams would be asked to move from Class A to Triple-A. Others would be asked to move from Triple-A to Class A, and there would be other less dramatic moves as well.
The proposal lays out valuations for the different levels. Triple-A is valued at $20 million. Double-A is valued at $15 million. High Class A is valued at $10 million. Low Class A is valued at $8 million, and short-season/Rookie-level teams are valued at $6 million. A team moving up from low Class A to Triple-A would be asked to pay $12 million to move up. A team asked to move from Triple-A to high Class A would receive $10 million in compensation for the move down to a lower level. That is likely a significant point of contention in the negotiations because those valuations bear little resemblance to the prices teams are currently going for on the open market. While MiLB team valuations used to be largely tied to their classification level, that is not really true on the open market. A low-attendance, low-revenue Florida State League club in high Class A has a sale price significantly lower than that of a high-revenue low Class A club.

Not all current full-season teams would survive in this proposal. Some short-season clubs would be asked to move up to take the place of excised full-season affiliates. The proposal even suggests a pair of independent league clubs—in St. Paul, Minn., and Sugar Land, Texas—would be brought into affiliated ball.

What would happen to the 42 current teams who are left without PDCs in the proposal? MLB suggests setting up what it calls the Dream League.
As part of its overhaul, MLB would move the draft back to August and would reduce it to 20-25 rounds. Those players who go undrafted would have the option of playing in the Dream League (or going to independent leagues). The Dream League would be a joint MLB-MiLB venture, but in essence, it would be a quasi-independent league where the clubs would field teams of undrafted players.
MLB teams would be limited in the proposal to fielding five minor league clubs in the United States. That’s four full-season teams plus one complex-based Rookie affiliate. In addition to their 40-man roster players, each MLB team club would be limited to 150-200 players under minor league contracts on MiLB rosters. The proposal does not address roster limits for international players playing in the Dominican Summer League.