Bootleg Jersey Seller Could Get 10 Years. 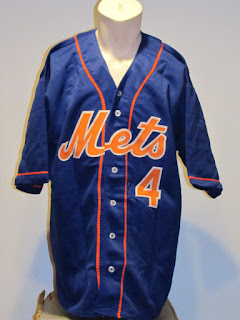 My buddy Jessie sent this over to me.

I hate counterfeit merch. It does a lot of messed up things around the world.


According to the plea agreement and facts presented at the plea hearing, Walker owned and operated a business called “Tim’s Sports Cards Plus,” which he operated from a booth at the Oldsmar Flea Market. Among the items sold were numerous sports jerseys bearing the counterfeit trademarks of NFL, NHL and MLB teams.
On January 27, 2017, federal law enforcement agents went to Walker’s booth at the flea market,  spoke with him, and seized 699 jerseys that were for sale, all bearing counterfeit NFL marks. The agents also went to Walker’s home and seized over 1,500 additional counterfeit jerseys from all three purported sports leagues. During an interview with agents, Walker admitted that he had purchased the counterfeit jerseys from a supplier located in China.

Read up on who selling and buying counterfeit merchandise hurts.