Harvey DFA'd by the Angels 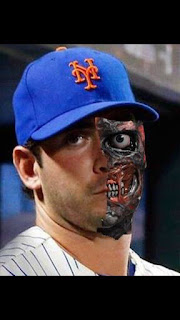 SEATTLE — The Los Angeles Angels gave up on their $11 million investment in Matt Harvey, designating the 30-year-old right-hander for assignment on Friday.
Harvey was 3-5 with a 7.09 ERA in 12 starts. He gave up six runs, seven hits and five walks over six innings in a 6-2 loss to the Houston Astros on Thursday night.
“The decision was made because we felt like it would increase our chance of winning games,” Angels manager Brad Ausmus said after discussing the move with general manager Billy Eppler. “Matt was a very well-liked teammate, a guy that everyone pulled for, including myself. But we’re in the business of winning baseball games. In talking to Billy, we just felt like this was the best move to make in order to help us win games.”

This seems like Career Karma to me. Matt always thought he was bigger than the team he played for and then the injuries and weird diagnosis happened. I wonder if he realizes now that his best bet is to try to convert to a reliever so the way he can extend his career.
Posted by Media Goon at 10:19:00 AM