I finally had enough time to think about Mets Seaver announcements. 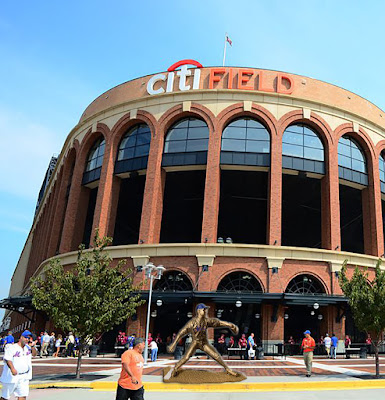 I like that the Mets announced that they and the city are renaming 126th street to Tom Seaver Way or Seaver Way.... Whichever... I also think it's cool that they are also working to change the address of Citi Field to 41 (Tom) Seaver Way. This kind of stuff you know that they have to be working on for a while. Now for the statue. If you have been working on it since 2017 with the Seaver family, why wasn't it ready for this season? I personally think that there was no plan for a statue over the years. Especially after folks have been asking for the statue for years and there wasn't even a peep about it. The response was that the parks dept was for some reason holding it up, or when you asked the parks dept they said they never heard of it. Hey Jeff Wilpon is there going to be a Seaver Statue. Nope.. No Seaver Statue. I think the Mets scrambled with this and couldn't get it done for this year after folks kept complaining and stomping about the statue.. Glad you guys are doing one for the man now. It still feels a bit too late for me. It should have been done years ago so Seaver could be in Queens and enjoy it. Hopefully he will get some video that he can see what he means to Mets fans.