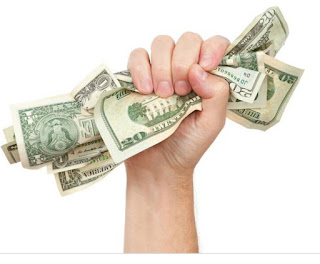 This is interesting. I went to the Barclays Center for a WWE event a few months ago and was shocked so many of the stands didn’t take cash. It supposedly is supposed to make things fast but it doesn’t. You have to use a touch screen put in what you want yourself then take out your card from your wallet then wait for it to approve. The best is you still have to wait for the food. I had to wait 10 minutes just to get 2 pretzels and a drinks because the line was backed up. There were two people in front of  me. It was more of a pain in the ass then anything.


Home to the Brooklyn Nets and the Islanders, Barclays has quietly stopped accepting cash at most of its 28 concession stands and eateries, according to lawmakers who have talked with the stadium about the move. “I realized this when I went to a Nets game on Monday and tried to break a $20 so I could have a tip to get my car out of the garage and couldn’t find a booth that would take cash,” a NJ resident tweeted, also in January.Proponents, including Barclays, say eliminating cash leads to shorter, faster lines and less theft. “We have found that cash transactions take 50 percent more time to process than card transactions,” the arena said in a statement. But opponents argue that the growing practice discriminates against people who don’t have credit and debit cards, including poor and young people. It also flies in the face of the government’s promise that the notes it prints are “legal tender for all debts, public and private.”