Do the Nationals advance today? Or do they do what they do every year and not get out of the first round? 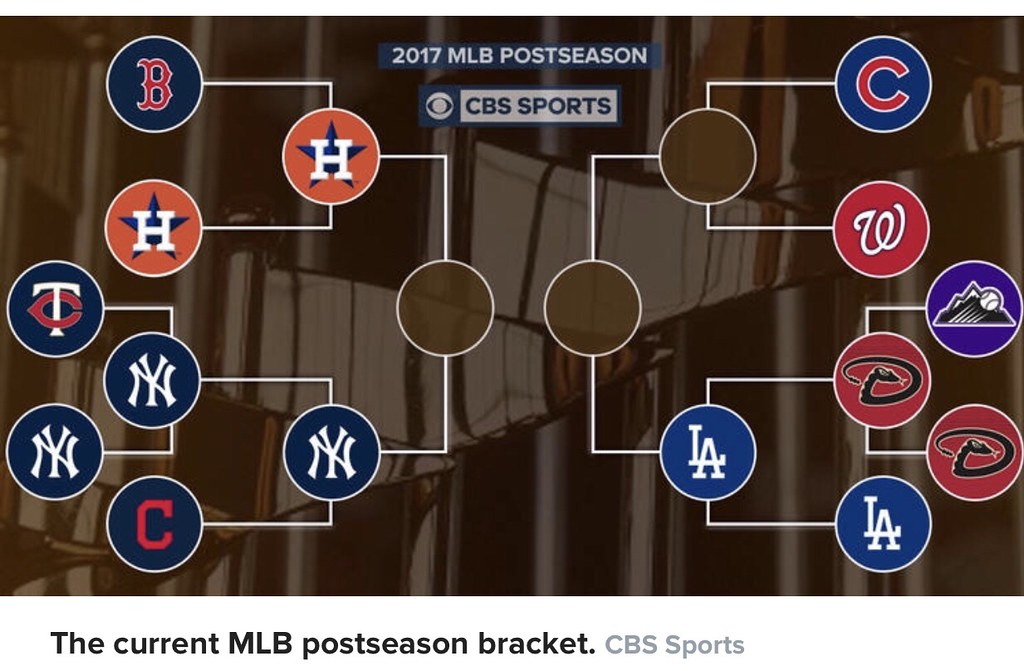 I’m going to leave the NL alone for now, let’s talk AL. I’m going to be rooting for the Astros. Not just because the Yankees are playing them, not just because of the city being hit by Hurricane Harvey(both valid reasons) but because when they were switched from the NL to the AL I decided that they would be my AL team to keep an eye on.

Hear me out. They are the Mets sibling. Born into the MLB the same year, have players that have played for both teams over the years and also I remember going to an NLCS game in 1986 and the Astros have always stuck in my head.

Astros don’t let me down in the AL.

In the NL I really want LA to win. Even though Chase Utley is on the team and my disdain for him is high, I want Curtis Granderson to get a ring. That guy is a class act and also what every professional sports athlete should model themselves after. I also have always liked Justin Turner too. Nice guy, got a bum deal from the Mets when he was leaving Flushing.