Even though I’m not a soccer fan, I know some of you folks are, so here ya go. 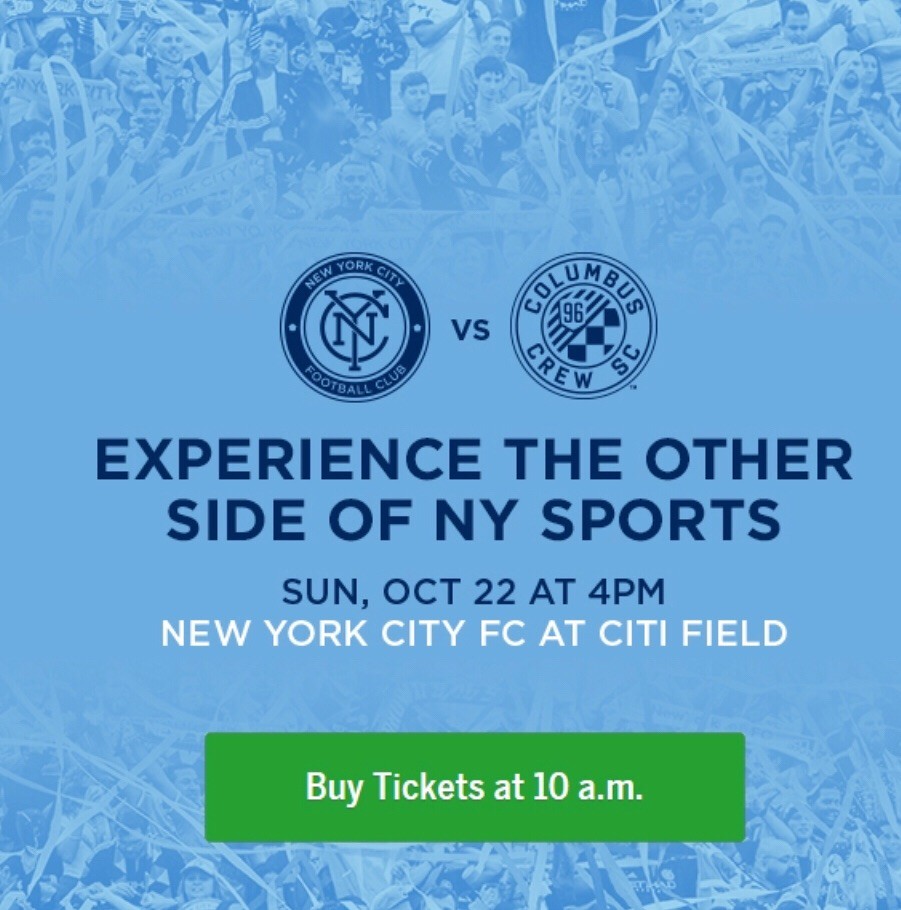 New York City FC announced a venue change for the Club's final regular season game on Sunday, October 22. Due to the New York Yankees advancing to the American League Championship Series (ALCS) as part of the 2017 MLB Playoffs, NYCFC's match vs. Columbus Crew SC has been relocated to Citi Field.

Tickets for the match will go on sale to the general public today, Tuesday, October 17 at 10:00 a.m. ET.