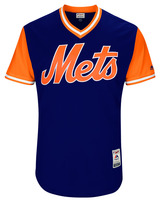 @Mets what are you doing? Who wrote this? I can't think anyone would think this is a good tweet. Best fans in baseball? Come on this dude is a tool. Mets fans aren't like this. I am trying to figure out who the hell wrote this tweet out because I know it can't be any of the Social Media team that's been there. Was it an intern? Had to be an intern right? An intern that doesn't get what being a METS fan is. That has to be it. Did @mets higher someone from Philly to be their intern? The intern must think Mets fans are @$$holes or something.

I know anyone who has been with the Mets organization doesn't think this is the way Mets fans act. This was a crappy move by the fan. Don't antagonize the players. Don't interfere with the play on the field. Don't be a jack ass. Also who ever devised that tweet about real Mets fans, I hope you wake up and realize what kind of fans you really have. Fans that are loyal to a fault and love their team. This should be a fun time watching this team right now. You have now made me right two negative posts in one day.

Now if the Mets deleted that tweet here is the screengrab. 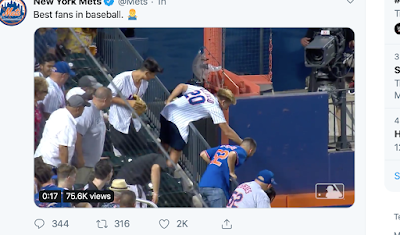 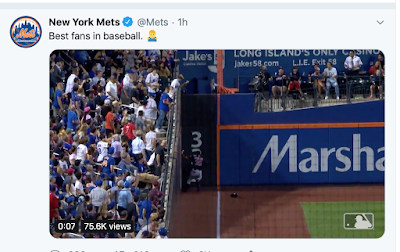 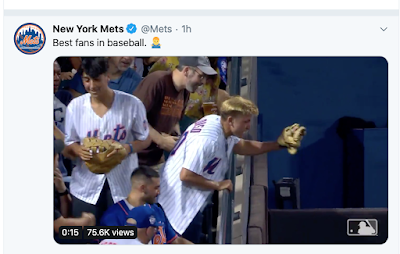 Let's see what the fans have to say about this on twitter.... 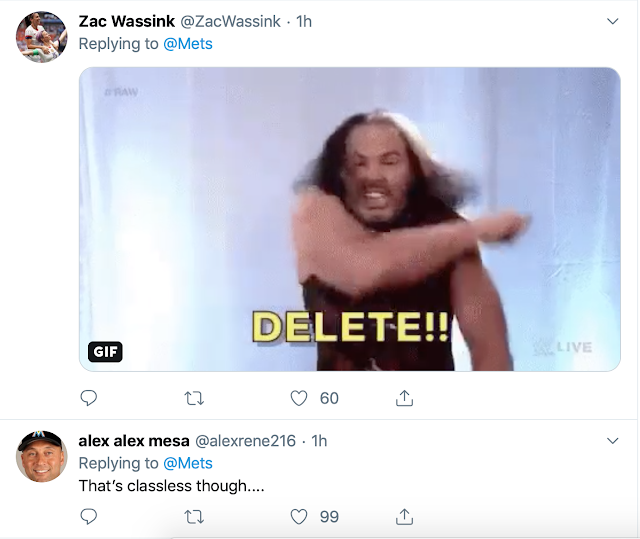 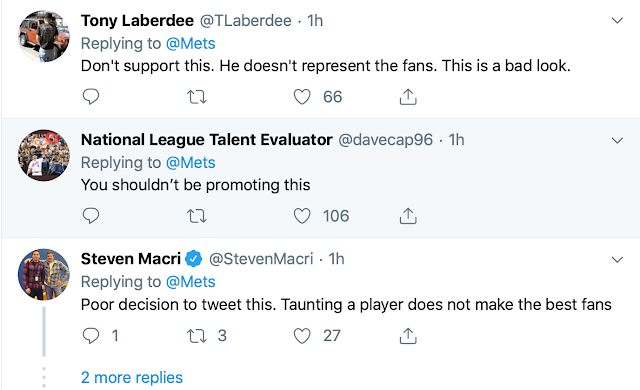 I agree with all three of these tweets. 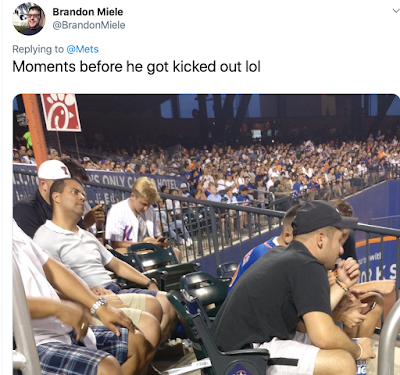 This kid has no idea he is about to get tossed. I am shocked that's not a Chinese Knock off jersey he's wearing. 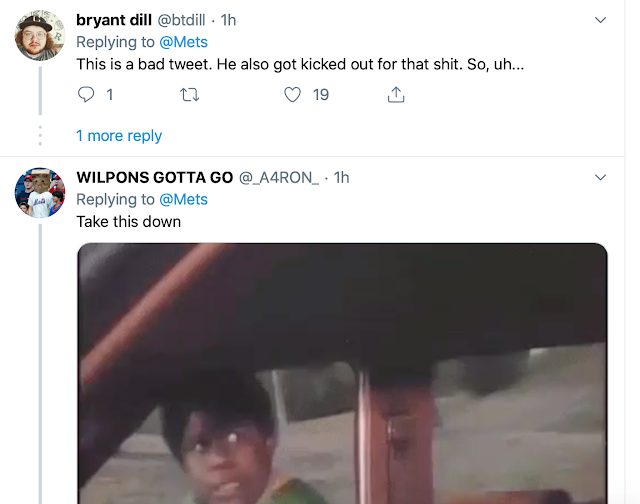 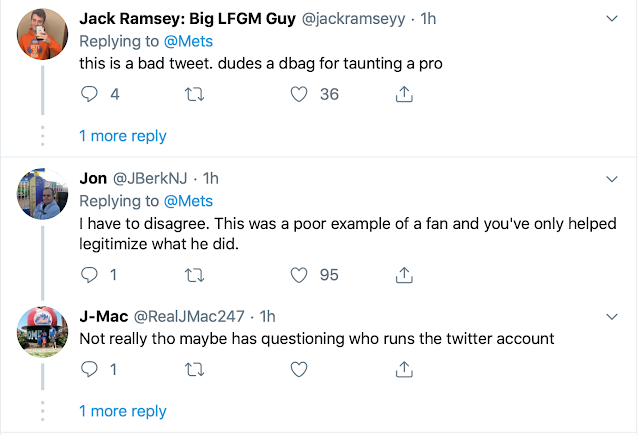