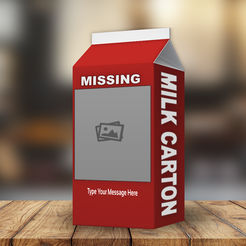 The veteran infielder — who still hasn’t appeared in a game for the Mets after arriving on a two-year contract worth $20 million last offseason — has increased his workouts to the point he’s running, fielding and hitting in simulated games, according to general manager Brodie Van Wagenen.
But Van Wagenen on Wednesday declined to set a timetable for a Lowrie minor league rehab assignment.
Will Lowrie play for the Mets this season?
“It’s absolutely our hope and expectation that he can,” Van Wagenen said before the Mets’ 6-4 loss to the Braves at SunTrust Park.


I don't even know who this Lowrie guy is. Between Cespedes and Jed there is a ton of money sitting on the IL for most of  the year.


Brandon Nimmo will likely begin a rehab assignment within the next few days, according to Van Wagenen, in his return from a herniated disk in his neck.
Nimmo was placed on the injured list May 21, and his recovery had been prolonged by other ailments that popped up during the course of his rehab.
The Mets are hopeful Nimmo would be in position to rejoin the major league roster by late August.

I hope Brandon comes back. I feel the outfield needs him.