The guys from @MajorWFPod will call you when you buy their merchandise doing certain promos. 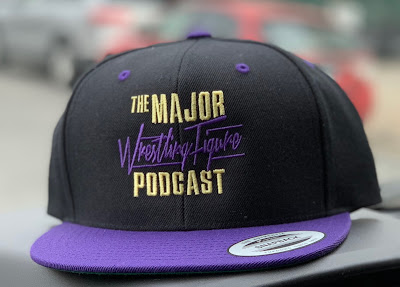 Hey if any of you wrestling/wrestling figure collecting fans doubted that you would get a call from the guys over at the Major Wrestling Figure Podcast if you buy any of their items(when they have you buy our stuff and we'll call you promotion) on Pro Wrestling Tees, I can tell you that they do call.

"Wait!, Don't you know Curt Hawkins? Of course he is going to call you!." Yep. I do know Hawkins. Curt Hawkins is a quality dude. Here is the funny thing is that when I got the phone call last night from a blocked number, it wasn't Hawkins calling. It was Zack Ryder. Hawkins didn't know that Ryder was calling someone who he knew. Ryder didn't know that I know Hawkins personally. They were on speakerphone while they were in a car driving. Hawkins realized it was me once he could hear me. Ryder got confused for a second just like he did when Hawkins gave a shout out to the QBC  on their podcast.

I bought the snapback Major WF cap and I am glad I did. It's different and I like the design. I also bought the "event" shirt NotSam vs The Major WF Podcast shirt happening at Caroline's on Feb 27th. They Sam Roberts has a feud going on with Hawkins and Ryder and it should be a fun show. 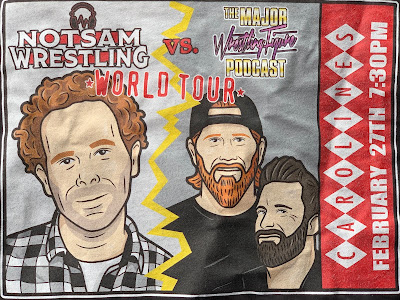 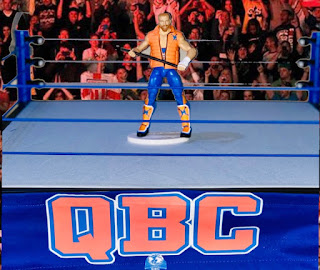