Chief Brodie is standing behind his original swagger. 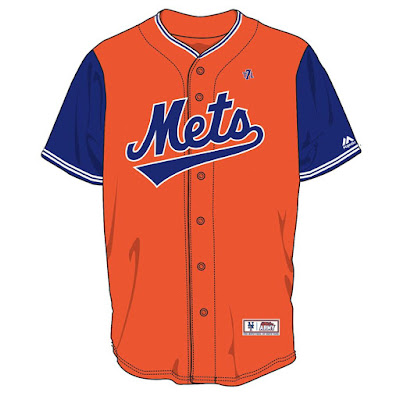 This is a quote from Mets GM Brodie Van Wagenen. After meeting him, I do think he actually believes this and really wants this team to succeed.  For an agent, he seems very genuine and I think he wants the Mets to succeed while building his brand. Not the other way around.

“We believe we can win, and I think because of that we should not be afraid to say it,’’ Van Wagenen told The Post on a sun-splashed Thursday at First Data Field and Mets pre-camp.
“We do believe it. It’s just not me saying it. Our players believe it,’’ he said. “Our coaching staff believes it, and I think that confidence has resonated across all of us and it gives us the conviction to be able to say it out loud.
“When I took the job I knew there was talent here and a core to build around, most notably on the mound and our starting rotation,’’ Van Wagenen said of his central plan that was carefully put into action the past few months.
“I think we had a number of clear areas of improvement we needed to make, and we were very vocal about what those areas were and we were methodical about trying to address them. So now that we have done that, we feel really good and really confident about the club that we’ve built and the players that are here, and we’re looking forward about going to war.
“I hope that our division is the most competitive in baseball because we are not going to be afraid to go toe-to-toe with any of them and we expect to win, and if we win in this division there is no stopping us.’’


Hey Travis, look over your shoulder.

Adding positional depth has been one of the goals this offseason for the Mets, who earlier signed free agent Wilson Ramos to be their starting catcher.


“Devin is greatly respected among our pitching staff and is extremely well prepared,’’ general manager Brodie Van Wagenen said. “We are hopeful he can contribute in 2019.”


“I was really excited to see he is coming back and get another chance to do something,” lefty Steven Matz said of Mesoraco — who signed a minor league deal and originally came over to the Mets on May 8 in the Matt Harvey trade with Reds.

The Mets thought that Travis was better then Plawecki, but they aren't going to put all their backup eggs in one catcher who seems to be always hurt.

The Phillies get Realmuto. Did the Mets have enough to have gotten him after looking at this deal? I have no clue, I like the Ramos signing anyway. You can read more about the trade here.

I think that's it for now.