Now they are trying to stop the Belmont

Now politicians want to stop the Belmont Arena from  being built. Anyone else think of this arena doesn’t happen the Islanders out of NY? I’m a Rangers fan and I think this is ridiculous. 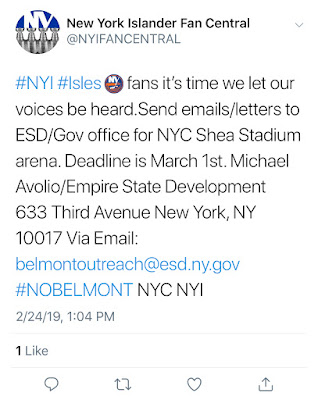 Arena
I know the Wilpons are involved in the building of this Arena but has anyone calle it the NYC Shea Stadium Arena. If you and Isles fan, you might want to send a letter in support if the Arena.