Binghamton Rumble Ponies will be the Stud Muffins for a game. 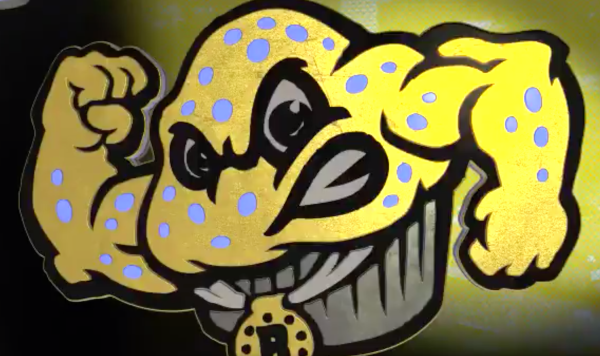 Back in the day, there was a naming contest for the Binghamton arm of the Mets farm system. They wanted to to move away from the Mets name and jump on the trend of the "fun" names. So we got the Rumble Ponies. I actually like that they did this but there were a few other names and this was one of them. THE STUD MUFFINS!!!!!

Less than three years since the name-the-team contest, the Rumble Ponies announced they will play a “What Might Have Been” game as the Stud Muffins this season. While the logo features an anthropomorphized muscle-armed muffin (banana-blueberry, maybe?), the name itself relates to carousels. In announcing the finalists in the name-the-team contest in 2016, the erstwhile B-Mets explained the option Stud Muffins like this: “While tipping a cap to the players on the field, the ‘Stud Muffins’ celebrates the collection of carousel horses belonging to Binghamtonians.”
The game will take place Friday, June 14, against the Altoona Curve.