Callaway says MLB should see what fans want with DH 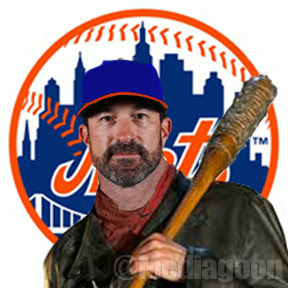 Mickey Callaway who came from the Designated Hitter world of the American League wants the MLB to check what the fans want when it comes to the DH.

If it does, Mets manager Mickey Callaway, who lived with the DH while pitching coach of the Indians in the American League, has some interesting thoughts.
“They would have to give teams a decent heads-up so they could build their roster the right way,’’ Callaway told The Post on Wednesday. “I am loving the National League game. No DH definitely makes it more interesting for the players and coaches on the field, but this is about the fans, and I would love to leave that up to them to decide.”
That is an interesting approach. MLB could market the DH question and make it a fan experience much like the All-Star Game, in which fans vote for the players. To DH or not to DH? The fans could help make that final decision.
Noah Syndergaard had a different take, posting a short video on Twitter of actor Tracy Morgan saying “nope.”

I like the NL the way it is because of the fact you have to use strategy when removing your pitchers during a game because of where their hitting spot might be coming up in the order... But oh well.