The end of Matt Harvey "Dent" and the Mets. 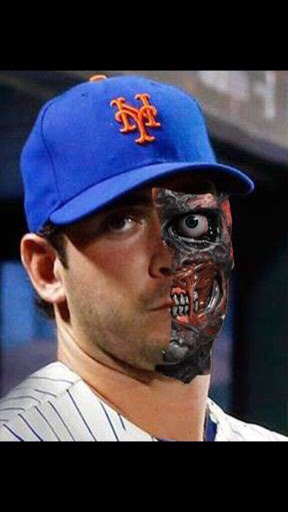 Speculation from folks is that there has to be a lot of stuff going on behind the scenes with pitching, nose bleeds, partying, and just what seems like a general bad attitude. Refusing going to the minors to maybe help get your career back on track? Good luck with that!
From ESPN


The New York Mets will designate former ace Matt Harvey for assignment after he declined an assignment to the minor leagues, general manager Sandy Alderson told reporters on Friday.

The designation will occur on Saturday, Alderson said. The Mets will have seven days either to make a trade or release Harvey outright.

"My guess," Alderson said, "is that there are people out there who are willing to take a shot on Matt Harvey.

"It's the end of an era. And I use that term in the broad sense. Matt has been a cornerstone certainly of my tenure here. A tremendous prospect at the time I arrived, tremendous accomplishments during the course of my tenure here, and it's a very unfortunate, difficult conclusion."