There are a lot of fans who start freaking out because players and and teams may or may not be kneeling in support of trying to get a discussion going on with this country right now. Some fans are saying that if you kneel then I am out from watching this team from now on. Sports shouldn't be political. By saying this, I guess you guys shouldn't be able to comment on FB either because sports shouldn't be political. I was really dismayed by fans who decided that the post the Mets shared about photographer Anthony Causi got a cut out in the photo well at Citi Field because he was beloved by many in the organization and passed away due to Covid -19 turned it into "You Better Not Stand Or I'll Never Watch This Team Again" moment. So what if players kneel before the National Anthem and not during it? I also wonder if the same people who boycotted the team and weren't going to watch another Mets game are now saying the same thing over this. There are a lot of folks in this country that want us fighting with each other. Why not just try to learn from each other and try to make our country better than what it was. 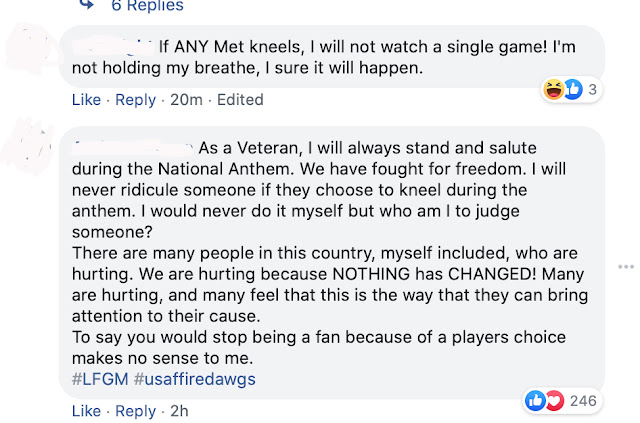 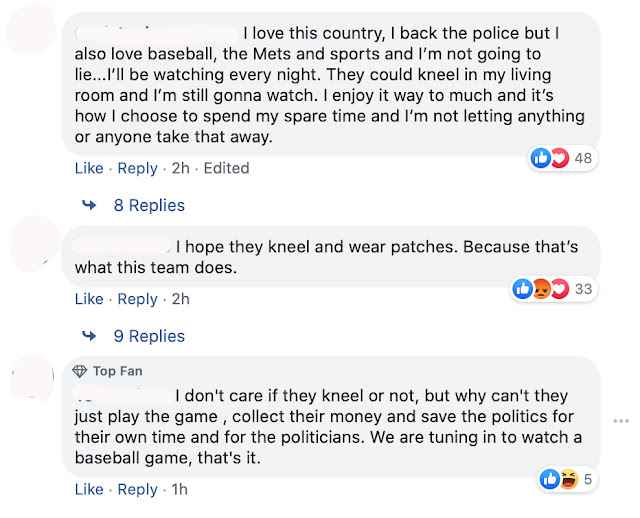 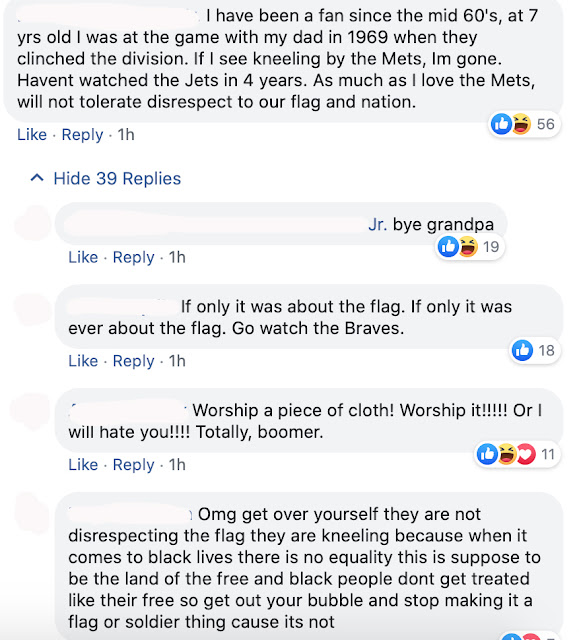 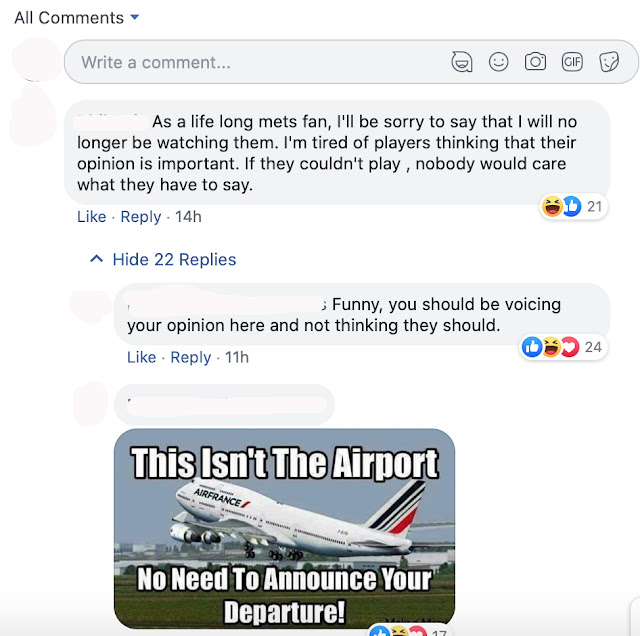 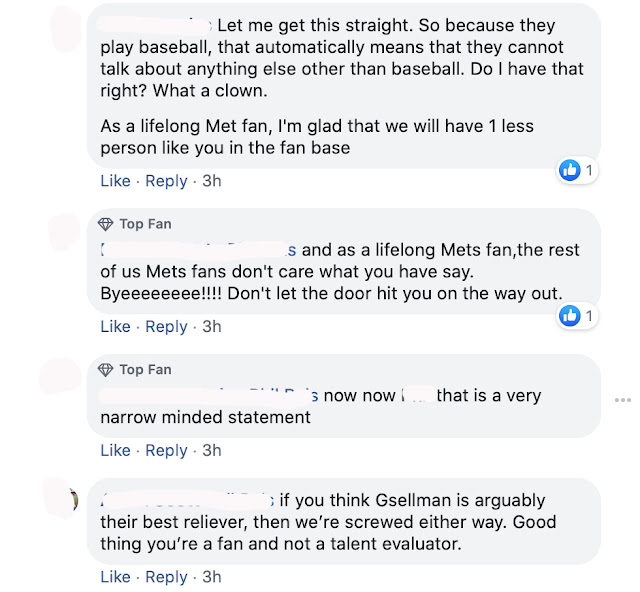 And this is the post about Anthony Causi that I was talking about. It just baffles me that a post like this is being used for bickering. It's just amazing that the folks who think sports should just be sports have no problem taking a post in memory of someone and making it their soap box. 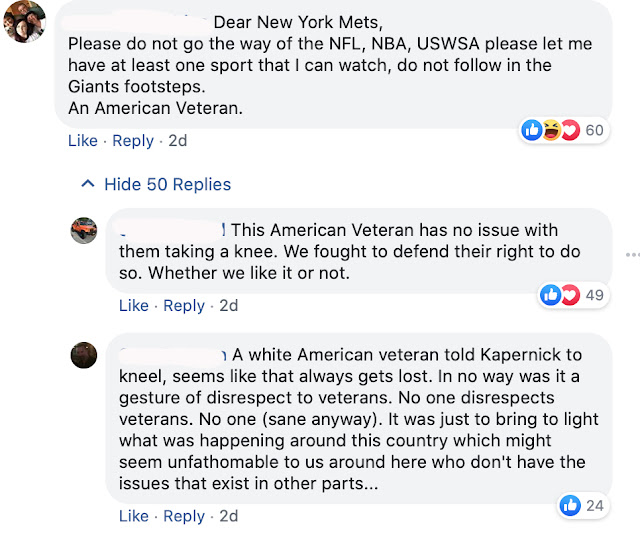 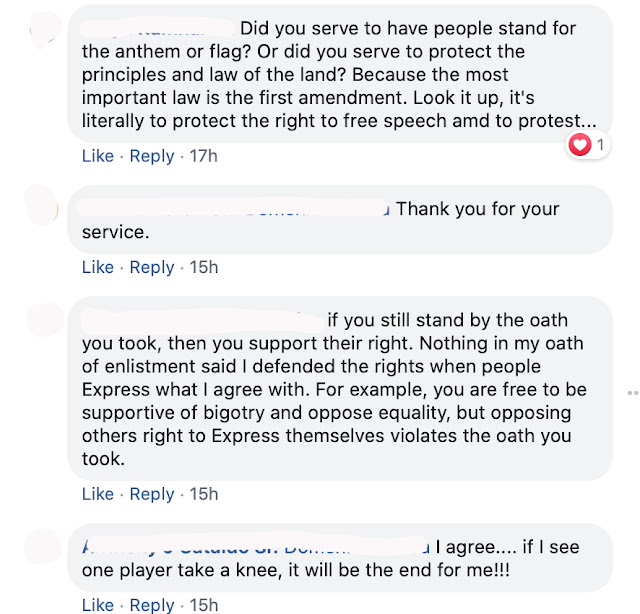 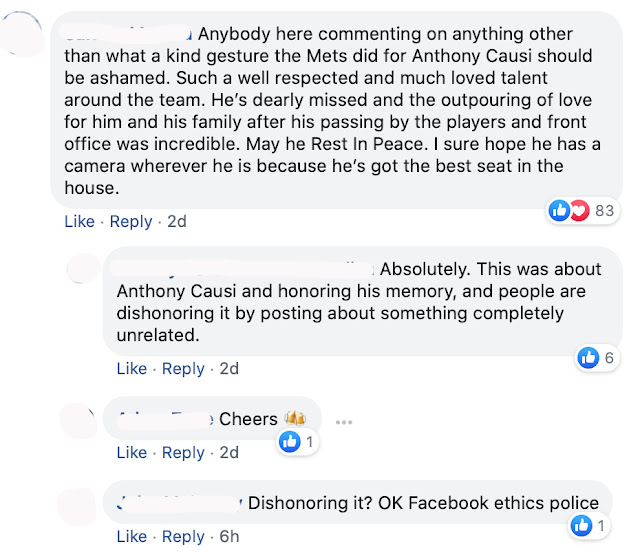 I am sure that I will get some folks riled up about this post. That's fine with me. I just want people to see some of the hypocrisy that is going around right now. We need folks to come together and talk about the issues in the US right now and try to find common ground.