Who is really botching up playing baseball games? 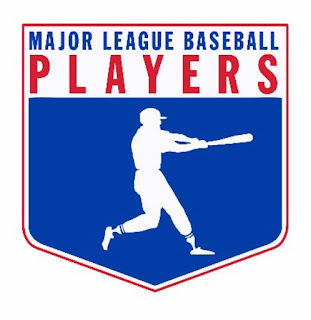 Did you have a little hope left that Billionaires and Millionaires were ready to play ball? Were you holding out the despair that your favorite sport was not going to come back? Who knows if it will happen or not but we are now in in the middle of June, no "spring training", no real plan of getting the game back going, tons of infighting, and the owners not doing right by the players, the players not doing right by the fans, the fans in turn will not support the sport when it eventually comes back. I am just chilling out waiting to see what happens waiting for my favorite sport hockey to come back later this summer.
From the NY POST

It isn’t that the MLBPA was wrong to counter the owners’ 60-game schedule Thursday with one 10 games longer, one that includes a slightly larger piece of the financial pie. In a normal negotiation, in truth, that would simply be a part of the dance: you say 60, we say 70, let’s meet at 64 (or 66; an even number is an imperative) and then, in the words of Rex Ryan, let’s go have a damned snack and we’ll meet you at spring training.

But there is nothing normal about this negotiation, mostly because of the unmitigated and unyielding contempt both sides have for each other, partly because the featured players, Rob Manfred and Tony Clark, have both shown a blind spot for actually remembering what it is they actually say whenever they actually get together to talk.

Except this time, it seemed, the players actually had the people on their side. Not all, no. But baseball’s owners are such a distasteful bunch, and Manfred, their puppet, is such a ham-handed leader, it was hard to fall in line behind them, either. They cried poverty and, boom: a billion-dollar TV deal appears! They claim to be sportsmen and defenders of a public trust and yet — voila! — some have expressed private hope the season is never played. At best this is always an airline-food-versus-hospital-food debate, but more than ever before it felt like the players had a fair share of public sentiment on their side.