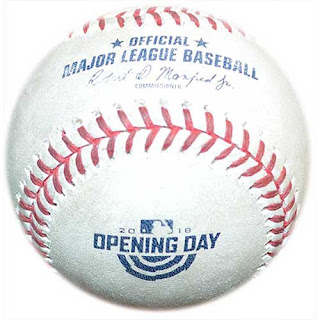 PLEASE PLAY BALL.
Former Trooper Yadriel Mateo, 1B/P, 13, fan of Javier Baez, Pete Alonso and Francisco Lindor: “Even though we might not be able to go to the games, we’re just gonna have fun watching it also, so …
“Please give us an MLB season.”
Trooper coach Jairo Labrador remembers breaking the heartbreaking news to his defending Mid-Atlantic Region champions that they would have to put the bats and balls and gloves away.
“It was pretty crushing,” he said.
Former Trooper Jayden Capindica, CF/1B/P, 13, fan of Mookie Betts and Christian Yelich:
“Us not playing, it’s already sad because we trained all winter, and then now the major league not happening, it’s just really sad.” When innocence trumps the bottom line business of sports, kids can sometimes make more sense than grownups.
James Catalano, SS/P/C, 11, Harlem Little League Baseball, Brett Gardner fan:
“I would just say to them that they should stop arguing over money, ’cause like if you’re gonna play baseball, you should do it for the love of the game, not for the money.”
The death toll and the unemployment rolls have knocked the country, now in the midst of awakening to the plagues of racial injustice and inequality, to its knees. No one, least of all a teenager, wants to believe that baseball cannot play a part in helping all of us back up.

Is this where the MLB loses the kids permanently? Will kids care about baseball anymore if they don't play a season this year? It's funny how these kids can even see the money aspect being squabbled over right now vs folks out of work and how silly it looks.
Posted by Media Goon at 9:29:00 AM