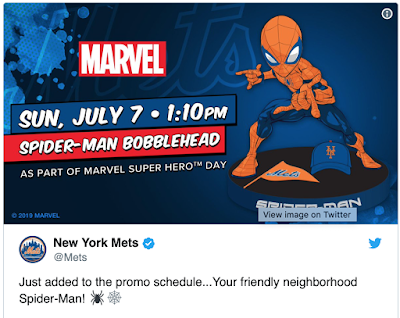 In addition to the upcoming film, we learned that the New York Mets, Peter Parker’s favorite baseball team, will pay tribute to him this season. The teaser from Tuesday included a mention of his love for the Mets, something that has been shown throughout the years. The Mets will return that love on July 7 when the first 25,000 fans entering the stadium for their game against the Philadelphia Phillies can get a Spider-Man bobblehead as part of a day that, apparently, will be dedicated to the Marvel Cinematic Universe.