I bet the stadium gets built.... 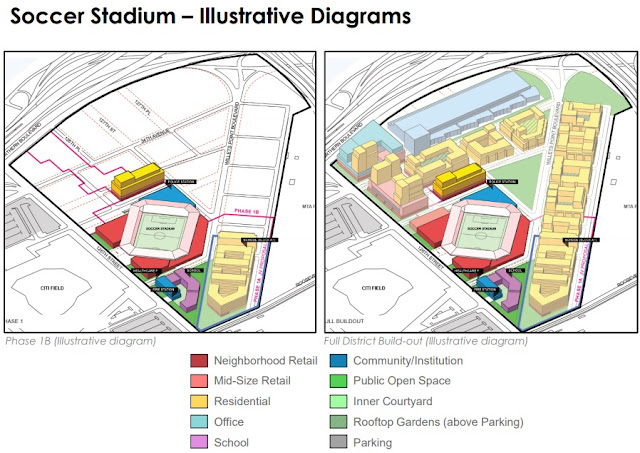 The city has released the findings of a  task force put together last year to help create a framework for the development of large portion of Willets Point.
The community task force, chaired by Queens Borough President Melinda Katz and Council Member Francisco Moya, has put forward two possible plans for 17 acres of the 62-acre industrial area.
One scenario would bring a 25,000-seat soccer stadium to the area, with parking shared with Citi Field. This plan, put forward in very general terms, would also include retail space, open space, public services and residential buildings–offered at a range of affordability levels. Public services would include a fire station, police substation and a free-standing high school.
The alternative plan calls for the creation a high-density, mixed-use district. The plan would focus primarily on residential development, with some land set aside for retail, open space and public facilities. Public facilities include a fire station, police substation and a free-standing high school.
The task force’s findings come after a number of community workshops were held last year to determine how 17 of the 23 acres set aside for Phase 1 should be developed. The group–comprised of local officials and representatives of Community Boards 3, 4 and 7–came together after the city announced in February 2018 that 1,100 units of affordable housing would be built on 6 acres as part of Phase 1. 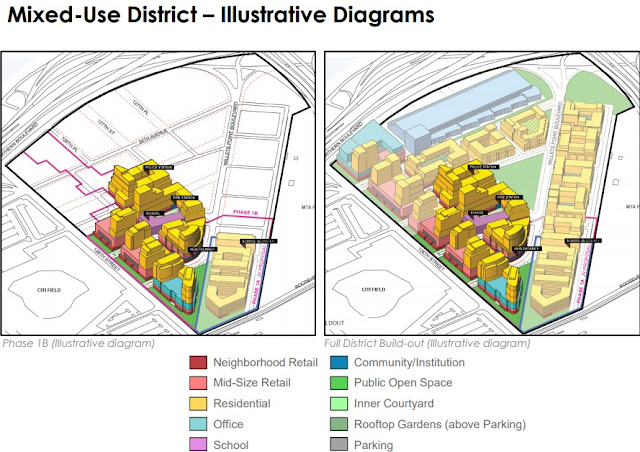 This is what should be built.

The problem was solved just in time before my vacations! FIDE World Championship Match Everything remains so good with them! I am glad that I chose them for my work! Amazing!