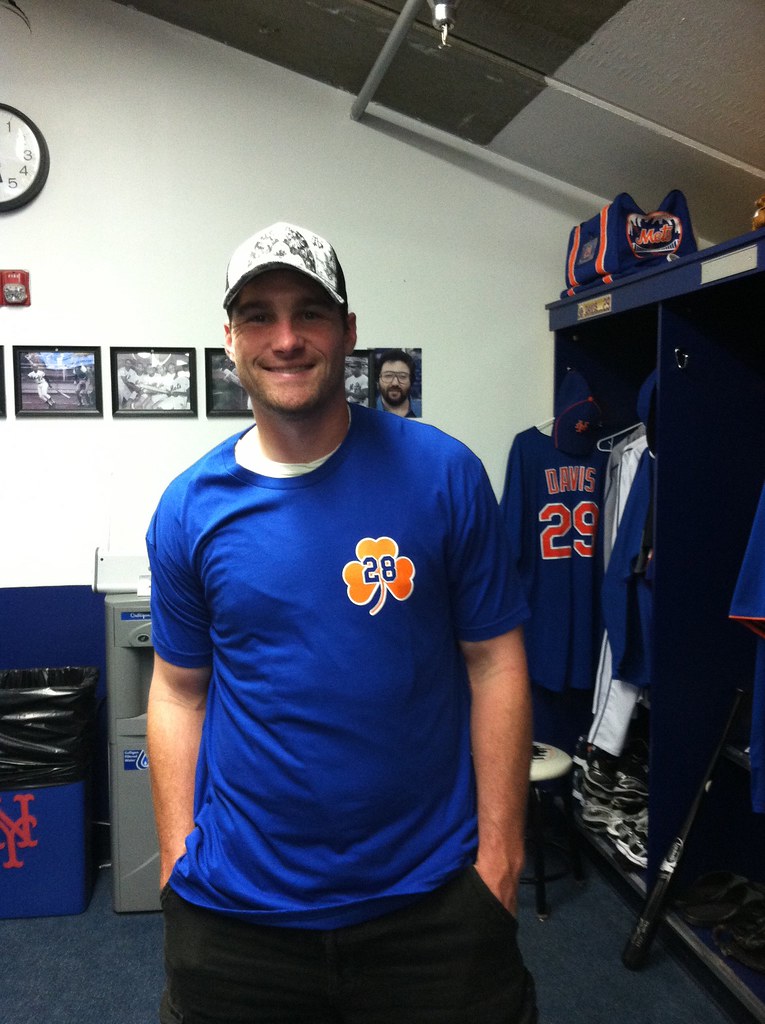 I'm still a Murphy fan. I have adopted Neil Walker just to be an annoyance to my cousin Shannon (@metspolice) plus he is a like able player. I just want to take this time to say a few things about Daniel Murphy.( The pic above is one of my fave things since I've been a blogger. I designed a shirt with Shannon and partnered with the7line to distribute it back in the day. Murphy somehow ended up with one)

I remember long before you bandwagon fans of Murphy got on board the #imwith28 train last post season. You guys killed Murphy all the time. "He's the worst,ever!" "Where's Dilson? Bring him up!" "Get rid of Murphy!"

Then you folks started realizing wait Murphy is a solid hitter. While not a great fielder he was adequate at second. He tended to Murph things up from time to time but he was playing a position that he learned after he came up to the Mets. He got hurt while trying to learn it. Managers put him in different spots in the lineup and sids he complain? Nope. He went out there and hit. You could tell he loved the game, loved being with his team, and loved the fans. His on field spirit you can tell was infectious to the other players.

You guys realized that as the season was getting closer to the end that Murphy wasn't coming back. You mostly were okay with it. Then he had a hot streak in the post season. Scratch that. He was on a Lava run, that's how hot he was. Then Murphy Murphed a play in the field in the World Series. You knew it was coming...

I heard a lot of screw Murphy signing with the Nationals. He left the Mets. Murphy was holding out for the Mets to sign him and when they didn't, the only team it seemed to want him was the Nats. Yeah, he could have taken the qualifying offer from the Mets(who did it just to make sure they got a draft pick). But he didn't. He wanted a multi year deal. Wouldn't you?

Murphy is now the "enemy" down in DC and that's cool with me. I hope he continues to do well (not at the Mets expense though) and he will still be one of my favorite players that has been part of the NY Mets.

I hope you guys applaud him when he is announced for the lineup and for his first AB tonight. After that Murphy, you are fair game.