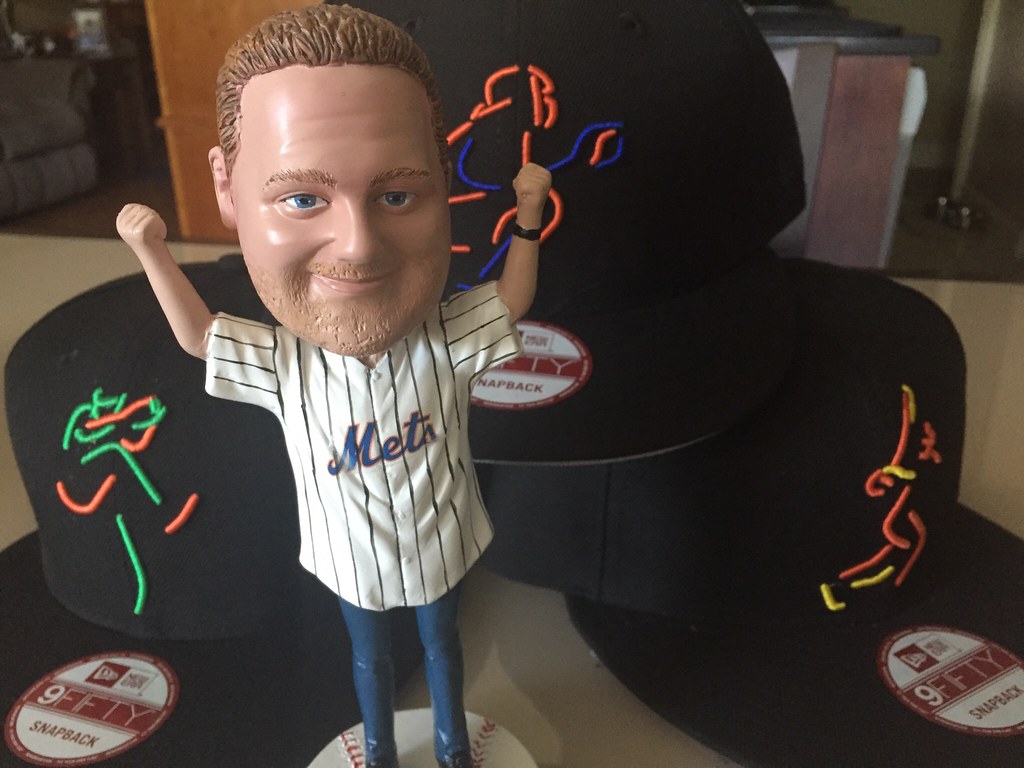 This Mets season is just getting wackier and wackier. But in a good way. First Bartolo hits his first career HR( I was there for that), then Harvey looked close to hitting one out of the park, Matz was swinging the bat well for some rbi's, then we get this.

Syndergaard hits a solo shot. Wow. Another pitcher another shot hit over the wall. Who would have thought this would happen? Not me. Syndergaard gets up again with two on and he looks like he's sent up to sacrifice bunt, gets two strikes on him then swings away. Cue the Lightning and thunder because that's a three one shot hit by Thor. Two HRs by a pitcher in one game. The guy helped his own cause with those homers especially after the Mets left so many guys stranded on base during the game.

Do folks still think MLB needs the DH rule in both leagues? Or is it time for the pitchers to work on hitting as well as their pitching again?

And did anyone make a bet that if Thor hit two HR's in a game that they would get a tattoo of him?