This is a great story to hear. Even with such a crappy night for players to make a young fan happy by taken 5 mins to sign makes a fan for life. 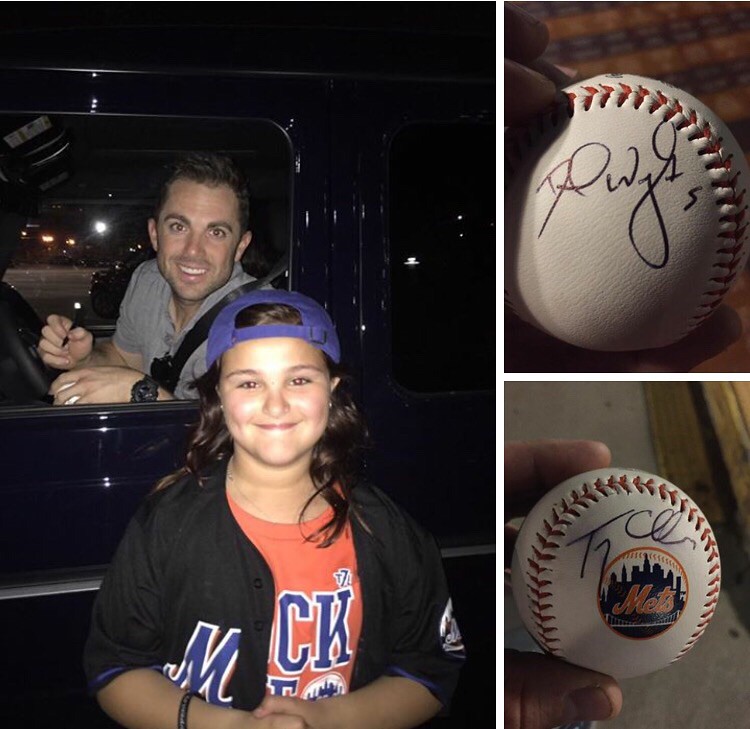 Last night I took Shea to her first game of the season and as much of a disaster the game itself was it was such a fun night. After the game Shea likes to try and get autographs from the players and last night was no different. Terry Collins was in a bad mood but stopped just for her. So we were walking back to our car and we saw another player coming out so Shea asked if we could wait a minute. As the car pulled out of the lot it was none other than her favorite play the Captain David Wright. He saw she was the only only kid and he stopped for her and signed a ball and took a picture with her. To see her face light up was priceless.
Thank you D-wright for stopping and making a little girls night!!